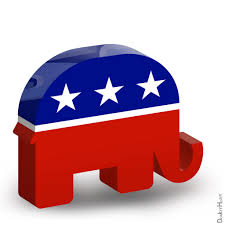 Assemblyman Bob Auth was re-elected on the first Tuesday of this month. As was Assemblywoman Holly Schepisi. They are the legislative representatives in New Jersey’s 39th legislative district, along with State Senator Gerald Cardinale. All are Republicans.

Auth and Schepisi defeated donkey-standard-bearers Gerald Falotico and John Birkner. These Demo-dudes have decent backgrounds. Birkner is the mayor of Westwood. Falotico is the council president for Emerson

Falotico and Birkner brought to the table the following: the usual liberal crap.

The Demsters thought they could oust Auth and/or Schepisi by muddying them up on social issues/constitutional issues. It has been reported that Schepisi may support the legality of abortion (don’t understand why if she does), but that she declined to have an abortion herself when she was counselled to undergo the illicit procedure (great choice if such a circumstance occurred). With regard to Auth, the lib-nods went after him on his proponency (don’t care if that’s not a word, it sounds good) of Second Amendment rights. The man thinks the U.S. Constitution should rule – cool.

In the end, the dark of night was defeated by the bright rays of sun light.

Darth Vader (and, well, Darth Vader) were struck down at the ballot box by Princess Leah and Luke Skywalker.

Okay, the above a little sappy.