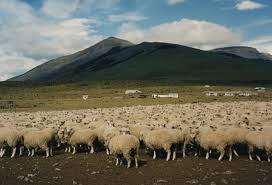 Why does it appear that the recent polls are turning against Trump and that more Americans than ever are seemingly in support for impeachment inquiry or impeachment.  It is a combination of 1) the American herd mentality and 2) how polls are constructed and who are responding to polls.

Firstly, the herd mentality exists within a framework of our current political system and a biased, if not fake, news media.  “Men, it has been well said, think in herds; it will be seen that they go mad in herds, while they only recover their senses slowly, and one by one.” – Charles Mackay.  Our political system exists within a polarized environment, with Americans gravitating to either the left or the right represented by the Democrat or Republican parties respectively and the news media support this division through the written word and endless televised analysis.  Depending which newspapers Americans read and which television stations they watch will influence how they think and to which herd they will belong.  In our current environment, the majority of the news media are “left poll” leaning and are hard at work manipulating the public against Trump.

According to MARKETWATCH, a study conducted by Prof. Jens Krause of Leeds University, England, showed that humans “follow classic animal behavior.  His team performed a series of experiments where volunteers were told to randomly walk around a large hall without talking to each other.  A select few were then given more detailed instructions on where to walk.  The scientists discovered that, like sheep following the flock, people end up blindly following one or two people who appear to know where they’re going.  Many were unaware that they were following someone.  The published results showed that it only takes 5% of  ‘informed individuals’ to influence the direction of a crowed of around 200 people.  The remaining 95% follow without even realizing it.”  The results of this experiment can be used to explain how a few Democrats controlling the three Committees in the House of Representatives are able to influence the American public toward supporting impeachment or at least impeachment inquiries.  They are bolstered in these activities through the complicity of the media in selectively leaking to the public the results of extensive interviews with those officials related to the Ukraine inquiry which appear to best favor the support of impeachment. This smacks of the era of Senator Joe McCarthy who held televised hearings to support his “witch hunt” against American officials and citizens unjustly accused of disloyalty to the United States and its constitution—the influence of a few resulting in the sheep following suit.

Once impeachment is voted upon in the House of Representatives, it will be sent to the Senate for trial.  Regardless of some opinions which seem to suggest that more Republican senators will join the impeachment movement after the Dems have completed their inquiry, this would be contrary to the herd mentality within the political context.  Republicans are not going to “cut off their nose to spit their face,”   Trump will be exonerated and will win re-election on the backs of the herd.

Secondly, polls are conducted during periods of herd migration to and from support of a given proposition—in this case, impeachment of the President.  Based on the efforts of a few—the House Majority Leader, Democrat Chairmen and members of the press—polls appear to demonstrate their influence over the herd.  An Ipos/Reuters on October 9 reflects how polls can vary by party.   “Almost half (45%) of Americans believe the president should be impeached, compared to 39% who believe he should not. Opinion on this issue falls along party lines – 4 in 5 Democratic registered voters (80%) believe the president should be impeached, compared to just 1 in 10 Republican registered voters (12%). More Independents oppose impeachment (44%) than support (28%) but over a quarter remain undecided (27%).”

How questions are phrased also have an impact on the outcomes. MARKETWATCH in an October 14 article reported on the following related to impeachment polling questions.

“Different polls on the same topic may pose slightly different questions, as shown in this list of some polls conducted in October 2019.”

The most recent Qinnipiac poll asked if Trump should be impeached because he requested a foreign country to investigate Biden.  The results were 49% against and 45% in favor.

Given the variance in phrasing, the reluctance of Republicans to participate in polls as proven by past polling efforts and their unreliability during the 2016 election, it is questionable as to whether they are reliable tools in determining the mind of the herd.