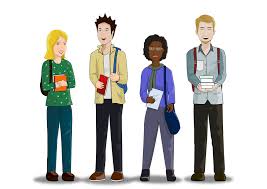 With student loan debt soaring past $1.5 trillion, Democratic candidates for president are proposing “free” college; beyond criticizing this plan, Republicans need to formulate a plan that it can sell to voters. That plan has to consist of more than just “pay back your loans.” If it were that simple, there would not be so many graduates drowning in debt, delaying home purchases, putting off marriage, foregoing children, etc. Part of the solution is requiring colleges to be more transparent with students. College is a big investment for young people, and they deserve to know how well graduates of their alma mater are faring financially.

To help solve the problem of crippling student debt, it might be helpful to understand how we arrived at this point. Some want to solely blame college students for acquiring huge amounts of debt, but that is as absurd as solely blaming subprime borrowers for the housing market crash. Just as the government and banks played central roles in the housing debacle, so the government and colleges have played central roles in the student loan debt crisis. Government policies have made it easy to borrow money for college; and colleges have worked to collect as much of this money as possible by admitting students who struggle academically, spending lavishly on buildings and salaries, and replacing rigorous, but boring, courses with trendy, pointless classes. Despite the outcry over student debt, colleges do not seem to be making any serious efforts to try to restrain costs. In fact, the cost of tuition and fees is increasing at more than twice the overall rate of inflation.

Many others have also contributed often unwittingly to the crisis. These include well-meaning relatives and educators who drilled into students’ heads that college is a good investment, that skipping college threatens their future, or that they would disappointed if a student chose not to go to college. Unemployment rates are significantly lower for college graduates. For these and other reasons, many students have dutifully trudged off to college.  Some of these students probably are better off having a college degree, but not all. Of course, by herding as many students as possible into liberal academia, we have subsidized leftist professors and helped them spread their failed ideas. As if that were not bad enough, by pressuring more students to get college degrees, we have devalued bachelor’s degrees leading more people to pursue advanced degrees, costing them even more time and money.

So what can be done to address this sorry state of affairs? The Department of Education should require colleges that accept federal funds to survey their graduates on their salary and debt levels and report this information to students so that they can make informed choices. This information should be posted online and be publicly available. Specifically, students should be provided with information about the average student debt loads and the median salaries of graduates by major at the one-year, five-year, and ten-year post-graduation marks. Colleges should also be required to disclose what percentage of students in each major went on to graduate school. After all, publicly-traded companies are required to disclose relevant information to potential investors, why should not federally-funded colleges be held to a similar standard?

On this issue, Rick Manning, president of Americans for Limited Government, stated, “The publicly subsidized higher education system with its dependence upon federal loans has no excuse to not provide full transparency to its customers about the financial value of the intellectual improvement that student indebtedness is going toward. Americans for Limited Government is against needless federal regulation. However, our nation is suffering from a crisis of ignorance about the true cost of higher education, and it is incumbent upon this industry to provide the information necessary for its potential customers to make an informed choice about the product they are selling.”

Times have changed; college is no longer the ticket to the good life that it once was. Today’s college students deserve to know just what sort of return on their investment they can expect. A simple regulation requiring colleges that take federal funding to disclose graduate debt and salary information to students could make a huge difference for many students in choosing whether to go to college, where to go to college, and what to study while there.