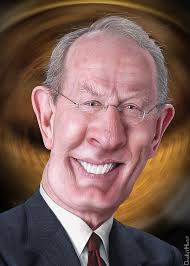 Terrible ideas come in all partisan packages and this seems to be particularly true when it comes to federalizing your health care.

One Republican, Senator Lamar Alexander (R-Tenn.) who once vociferously opposed federalized health care plans like Obamacare, is now embracing a federal government role in health insurance markets as an offset to the Democrat’s Medicare for All push.

Lamar Alexander’s really bad idea stems from his quest to make Obamacare work better and be more affordable genre is called the All Payers Claims Database.

It is hard to imagine a more obtuse idea in this era where our federal government has been weaponized against our individual liberties, but here is how the United States Department of Health and Human Services’ Agency for Healthcare Research and Quality defines state All Payers Claims Databases:

“APCD data are reported directly by insurers to States, usually as part of a State mandate.”

Eighteen states currently have implemented the APCD, and the federal government website cited above claims that one of the major advantages of this federalization of your health care information is that it is much more comprehensive including, “information on care for patients across care sites, rather than just hospitalizations and emergency department visits reported as part of discharge data systems maintained by most States through State governments or hospital associations. They also include large sample sizes, geographic representation, and capture of longitudinal information on a wide range of individual patients.”

What could go wrong when every person in America’s doctor visits, prescriptions, and health concerns are tracked in a federal database? Obamacare already required doctors to switch over to a computerized system to check boxes on your health care, with a patient portal for you to access whatever is in there, so this is a simple compelled click of the button away.

It is not hard to imagine the mischief hackers could do in opening up millions of health care files for public view.  Ever been tested for AIDS or contracted a Sexually Transmitted Disease, a few clicks from a clever hacker will reveal all.  Have you talked to a mental health counselor? Do you trust the results of that conversation to be on a federal government website?

With every prescription in capable federal government hands, you can be “confident” that your neighbors or kids won’t find out using the dark web that you used a prescription morning after abortion pill in the past?  After all, we never read about massive data breeches from federal government agencies like the Veteran’s Administration.

And don’t even think of being a Republican nominee for the Supreme Court, as the same kind people who used the IRS to abuse tea party activists and turned high school yearbooks and video store rental records into tools of political destruction, will crack a federal health care database faster than Cleveland Brown quarterback Baker Mayfield chugs a beer.

Of course we can “trust” the federal government with our personal health care information, after all those who turned the nation’s intelligence services into partisan operatives intent on bringing down a duly elected President, surely won’t abuse the information in this system for political purposes.

The last thing our nation needs at this time of unparalleled attack on individual privacy and rights is to federally weaponize our doctor’s visits.

And I’m not even going to go down the inevitable pathway of artificial intelligence bots that will crawl all over the data to determine the most cost effective means of treatment without regard for individual personal history and your doctor’s judgment.  You won’t even know it when your doctor changes your coagulant medication that they were directed to for cost purposes when they opened your chart from the helpful federal database monitor.  You just know that the medication that didn’t quite work right before is now the one you are filling at your local drug store.

Republicans used to agree that the federal government needs stay out of the details of health care leaving governance to the states.  But now, thanks to soon to retire erstwhile Senator Lamar Alexander, they are looking to leap into creating the largest invasion of health care privacy in history.

The Senate needs to just say no to Lamar Alexander’s federalization of your health care data, after all, what could go wrong besides everything.