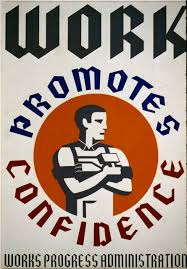 I graduated from Norco High School in 1975. I am now eligible to collect Social Security. And there are fewer Americans unemployed today than the summer I graduated high school.

If this doesn’t shock you, then nothing will.  Economies can be measured by many things, the number of people who want a job but can’t find one is perhaps the most important political and human measure. To provide a shorter time frame, there are 4.2 million more Americans in the civilian labor force since January 2017, when Donald Trump became President, and there are 1.5 million fewer Americans who are unemployed today than then. Even as the labor participation rate (percentage of people 16 and older who are in the workforce) has risen from 62.9 percent to 63.2 percent.

A total 5.7 million more jobs have been created.

What we are witnessing is almost an economic miracle. More people are working today at 157.8 million than at any time in history. Fewer people are unemployed this August than in any August since 1974. The last time fewer Americans were unemployed during this month, the pet rock was a popular gift, the Godfather Part II and Blazing Saddles were the two most popular movies and the Vietnam War was still raging.

For all the economic doom and gloom Eeyores, try to find your inner Tigger, because America is working, wages continue to climb, and inflation remains low. And the economy is defying the gravitational expectations of the regular business cycle, largely because Americans are coming back into the workforce; and in spite of the constant negative Nancy news, they are positive about the future.

As proof, the much disliked Transportation Security Administration (TSA) with their intrusive blue gloves, reported that the nine busiest days in their history occurred this summer. Note to CNBC: People don’t decide to travel by plane when they believe that their incomes are in jeopardy. Instead they do the staycation which became so popular during the Obama era.

The simple fact is that Americans are not only working but they are making more money today than they have in the past. The household median income rose to a record $61,372 in 2017, as more Americans are benefitting from wage gains earned. The 2018 number will be reported in October, and given the on-going 3.2 percent year over year increases reported by the Bureau of Labor Statistics, it is obvious that 2018 and 2019 will have been even better years for American’s pocketbooks.

With all of the down talking of the economy by political and economic pundits, it is important for people to understand that what they are experiencing in the personal lives is what others are — this economy rocks. If you want a job, you can get a job, and you are getting paid more for the same work today than you were last year without inflation eating away all or more of your wage gains.

Yet, problems still remain. Opioid and other addictions continue to have a hollowing out effect on our workforce. As large as the labor force is, and it’s never been larger, there would be about 6.9 million more people aged 16-64 in the workforce today if the labor participation rate for that age group was the same today as it was in 1997. This addiction crisis is also fueling a homeless problem which HUD Secretary Ben Carson is striving to address.

Here’s the good news, that number used to be 9.7 million, meaning 2.8 million working age adults have reentered the labor force and have jobs, with 16-64-year-old labor participation rising from 72.7 percent in 2015 to 73.8 percent in 2018. The restored hope that this represents is the untold story of renewal that is hidden by a media animus toward Donald Trump that refuses to deliver good news.

But even in a time of unprecedented low unemployment rates, work still remains to be done to bring people who have been left behind, like those with disabilities, out of the shadows and into the workforce. The fact that almost 36 million Americans remain on food assistance programs shows that the economy has not yet lifted enough boats to self-sufficiency. The fact that 8.1 million fewer people are on food assistance than when President Trump took office shows that our nation is heading in the right direction.

America should be celebrating the Trump economic success story, and judging by the summer vacation travel reports, it appears that the people get it, even if the media doesn’t.

Rick Manning is the president of Americans for Limited Government.  You can read more of his articles at www.dailytorch.com.