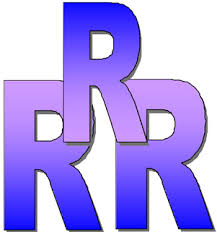 Magically and mystically, this minute the favorite “R” word of the Democrats has shifted from Russia to racist to recession in the blink of an eye — all falsehoods — as they desperately hope that the normal economic cycle turns prior to the Nov. 2020 presidential election.

While the media and indeed Americans for Limited Government’s own articles have spoken a lot about bond inversions, demographics and even overseas influencers on our economy, it is important that you know some facts that will make you feel better about the economic future.

Consumer spending continues to increase at a brisk pace with the Commerce Department’s Bureau of Economic Affairs reporting:

The job market continues to astound observers, remaining extremely strong with more people employed, making more money than ever before. What’s more wages grew at 2.7 percent in the latest reading in the second quarter according to the Bureau of Labor Statistics. That has benefits for those who make the least in an economic tide that is lifting all boats.

While the unemployment rate remains near record lows, inflation remains under control with prices only increasing by 1.8 percent over the past year according to the Labor Department’s Bureau of Labor Statistics.

This below Federal Reserve target inflation rate is significant as it is reported at a time when many high profile (meaning they get on television) economists are worrying that the tariffs imposed upon China would show up as price increases to the consumer.  They aren’t. In fact, the Producer Price Index for goods separate from energy for the past month was a paltry 0.1 percent.  Even in a rising wage environment, the upward pressure on the cost of goods and services remains negligible.

And of course, interest rates are going down.  This has the effect of both lowering the cost of borrowing, but also opening the door for homeowners to save hundreds of dollars on their mortgages by refinancing their homes, potentially pumping billions of dollars into the economy. It also has the effect of lowering the cost of borrowing for businesses looking to expand or purchase new machinery.

In July, 283,000 more Americans had jobs than in June reaching an all-time record for the number of people employed at 157,288,000 people, and after a short period where manufacturing job growth had stalled, July showed new vigor in hiring for those good wage manufacturing jobs.

But the most important indicator that the economy is healthy is the “help wanted” sign on the front door of businesses and incredibly, there continues to be more than 1 million help wanted signs hanging than there are Americans looking for work.

While some publications are reporting that more than third of economists expect a recession in the next year and a half, this means that about two-thirds of economists don’t expect a recession before the election. Any prognostication beyond 2020 is effectively meaningless. The “recession is coming, the recession is coming” narrative is likely to end up being nothing more than the Russia collusion lie that preceded it: Fake news.