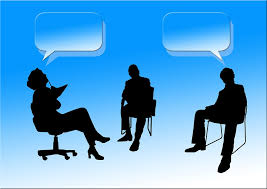 Divisive Michigan Congresswoman Rashida Tlaib is lucky that Montvale, New Jersey Mayor – and NJ District 5 congressional candidate – Mike Ghassali doesn’t live in her district. If she did, Tlaib would likely suffer a bruising loss in her 2020 re-election bid. And that’s because the two speak the same language, so to speak, but with completely different thought processes. Ghassali, a Syrian-born capitalist who came to America at 16 and legally worked his way to earning his U.S. citizenship is juxtaposed to the near-communist Tlaib, who harbors numerous radical ideas about how to re-shape America through illegal immigration.

Ghassali’s views – those of a hardworking taxpayer who is ardently against unlawful immigration, socialism, re-distribution of wealth schemes, and racism – are substantially more in line with the masses of Americans. Tlaib’s agenda – one rooted in identity politics, a country without borders, and hateful, discriminatory rhetoric – is loathsome to the great majority of U.S. citizens. The two would have a wild debate, with Ghassali throwing one patriotic knockout punch after another. But such an event will not happen until Ghassali is elected to Congress by his home New Jersey District – at least not exactly.

Ghassali, though, is doing something in the very near future that is quite close to a direct debate with Tlaib. On September 3, friends and members of the Syriac Orthodox Church are holding a fundraising event for Ghassali right in Tlaib’s backyard – in Dearborn Heights, Michigan. Ghassali would welcome a debate with her, on her home turf, at any time while he is meeting with supporters in Michigan.

Tlaib has issued numerous comments that most consider racially charged, as an effort to divide America. In speaking about other members of Congress, she snarled, “They forgot what country they represent.” This was in reference to her calls to boycott Israel.

Tlaib, who is of Palestinian descent, has been quite vocal in condemning Israel via a one-sided, myopic argument. She alleged, “There is continued dehumanization and racist policies by the state of Israel that violate international human rights, but also violate my core values of who I am as an American. ‘Separate but equal’ doesn’t work. I know that my ancestors were killed, died, uprooted from their land. That’s something that no one even wants to acknowledge that had to happen to create the state of Israel.”

Ghassali’s commentary on the critical issue of the Israeli-Palestinian relationship is practical, thoughtful, and level-headed. He said, “I am for a peaceful resolution, ending the 71-year long standoff with compromise and diplomatic peace negotiations. I speak the language, know the culture and the players, and can use my background to help to resolve this issue.”

Ghassali added, “I think Tlaib has an amazing opportunity to use her position to bring the two sides together, and use diplomacy rather than hurtful rhetoric.”

Unfortunately, Tlaib has chosen to utilize the latter approach (hurtful rhetoric). With Ghassali employing the former approach (diplomacy), this Middle East conflict has a greater chance of finally being resolved. Further, the current conflict in the U.S. – spearheaded by Tlaib and her fellow Squad Members – wherein racially charged politics is fueling separatism and divide in America, is most easily resolvable by the following: the 2020 congressional elections of men and women like Ghassali, who seek true equality for all – and the voter dismissal of Tlaib and her discriminatory, angry ilk.