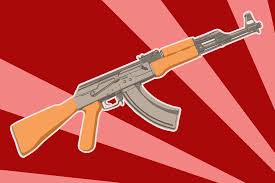 After a bloody weekend that saw 29 killed in mass shootings in El Paso, Texas and Dayton, Ohio, the nation must once again face and confront the scourge of political violence and terrorism that is becoming increasingly prevalent in our society on the extreme ends of the political spectrum, right and left.

An anti-immigrant manifesto that has been linked to the shooter in El Paso who supported President Donald Trump praised the Christchurch mosque shooting in New Zealand in March and the racist manifesto the shooter left behind there. The El Paso manifesto speaks against mass immigration and corporations, Democrats and Republicans that support it, supports automation of jobs to replace low-skilled immigrants and laments low fertility of whites, urban sprawl, destruction of the environment (it even speaks favorably of “The Lorax” by Dr. Seuss), a lack of recycling and in favor of universal health care and universal basic income. Similar themes recur in both manifestos, a mish-mash of political, economic and racial ideas from the right and left that tragically ended in violence.

The Dayton shooter on the other hand who was shot dead by police a self-proclaimed leftist and Satanist on his Twitter page who supported Sen. Elizabeth Warren (D-Mass.) who had previously spoke against mass shootings such as Parkland, and who on the anniversary of violence in Charlottlesville, Va. wrote, “Kill every fascist.” He had shared posts about “concentration camps” on the border and wrote, “Cut the fences down. Slice ICE tires. Throw bolt cutters over the fences.” He called the he Antifa firebomber who targeted an Immigration and Customs Enforcement (ICE) facility in Tacoma, Wash. a “martyr.”

The violence and the varied motivations for it demonstrate that violence is never the answer, and whether it comes from the right or left, we must stand united against it as a nation — before it is too late. We have a civil society and can safely debate the pros and cons of issues like immigration or declining fertility generally regardless of race without ever resorting to violence and murdering our perceived political opponents.

Now, some would hope to politicize these tragedies but they are wrong. We’re not going to stop having discussions about immigration or preserving the environment in light of it. Should we ban “The Lorax,” too? It’s silly.

In this column over these past years, I and my colleagues at Americans for Limited Government have repeatedly spoken out and denounced acts of political violence, right or left, regardless of their motives, and against rhetoric that actively promotes such violence, as all being antithetical to our civil society.

We have condemned radical and racist violence alike in Charlottesville, Va. that led to a murder, by the gunman that shot up the Republican Congressional baseball practicein 2017 who was shot dead on the scene, by the Utah man who sent ricin in the mailto President Donald Trump, military and intelligence officials, by the nut that sent pipe bombs to prominent Democrats and media organizations, by the anti-Semitic shooter who murdered 11 at the Pittsburgh synagogue and the left-wing firebomber in Tacoma, Wash. who was shot dead by police.

We have blasted dehumanizing rhetoric that falsely singles out Republicans or Trump supporters as Nazis, media that portrayed the assassination and decapitation of President Trump and rhetoric by U.S. Rep. Alexandria Ocasio-Cortez (D-N.Y.) that wrongly compared the U.S. Border Patrol, ICE and federal law enforcement detaining illegal immigrants to Nazis running concentration camps that murdered millions in World War II.

I do think that as thought leaders we need to carefully consider our rhetoric and speak in unison whenever these attacks happen. So, for example, if you compare ICE and the Border Patrol to the Gestapo and compare apprehending illegal aliens to the Holocaust, and then a few weeks later somebody is blowing up and ICE facility or engaged in a mass shooting utilizing the same rhetoric, you should denounce it. Ocasio-Cortez never did. On Aug. 4, her Twitter page was full of justified denunciation of the attack’s motivations in El Paso as white supremacist, but not in Dayton by another Antifa attacker who shared her “concentration camps” comparison.

But aren’t white supremacy and violent revolutionary leftist ideology that views all of its political opponents as fascists and Nazis both wrong and worthy of condemnation?

Similarly, Democratic candidates for President today have yet to denounce the Dayton shooter’s pro-Antifa, radical leftism. It’s not that hard.

Allow me to be clear. I do not think Ocasio-Cortez condones political violence from the left or supports it — although she ought to clarify her position — but one of the barriers to stopping political violence today is a failure by leaders on both sides of the aisle to lock arms and deplore violence and radical ideology when it comes from their own side of the political spectrum.

When a supporter of Sen. Bernie Sanders (I-Vt.) shot up the Congressional baseball practice, Sanders immediately denounced it. Similarly, upon the attack in El Paso, President Trump declared, “I know that I stand with everyone in this Country to condemn today’s hateful act. There are no reasons or excuses that will ever justify killing innocent people.” That’s what real leaders do.

It is up to every one of us to preserve the civil society, our deliberative system of government. If you believe in America, do not call advocate violence against your political opponents.

We must stand united against political violence and political radicalism, regardless of its source. Extremists would like nothing more than for everyone to align into their “camps.” These factions will be the end of us.

Freedom from political violence is the only thing that keeps us from the dysfunctions and disorders that brought an end to the Roman Republic and every other great society that once existed.

So, let’s work on it together as one country, one nation. We can have civil disagreements and declare with one voice that we reject violence to advance political objectives. We unite on this question, or civil society fails. Let us all denounce this national sickness before it consumes us all.