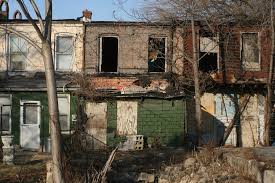 And suddenly the squalor of Baltimore and our nation’s inner cities is off the news.  But the people who live in the deteriorating parts of our nation’s cities remain even as we collectively look to El Paso and Dayton and the news coverage changes to the comfortable and predictable blame game.

The CBS local affiliate In Chicago reported that this past weekend, seven were killed and another forty six were wounded in just an average weekend in the Windy City.  Baltimore, Los Angeles, San Francisco, and Washington, D.C. are still beset by rat infestations with the homeless populations in California continuing to grow in spite of, or because of, government attempts to help the homeless. Just under 1,000 Americans die every week from opioid overdoses, and no one except their grieving families will notice. And yes, students in Baltimore will soon return to schools where few if any will gain proficiency in math.

Last week, Baltimore was in the news and the failure of liberal policies which have dominated our inner cities for the past fifty years was on full display.  Many in our nation were appalled at both the living conditions and the total collapse of public institutions within the poorest communities in “Charm City” which served as a proxy for other big cities around the nation.

Housing and Urban Development Secretary Ben Carson found himself in the spotlight as the leader in the effort to restore hope in American urban areas, but this week the attention shifts elsewhere.

It is incumbent that the President of the United States not allow our collective gaze to shift from the urban decay which has let Baltimore have a higher homicide rate than El Salvador, Guatemala and Honduras, three countries which America’s left have declared so dangerous that we need to open our borders out of compassion to those who wish to flee the violence.

The obvious question is where can the people of Baltimore or Chicago flee to escape their violence ridden neighborhoods?

During the Obama administration, the Justice Department seemingly travelled the country pushing consent decrees which effectively neutered police, ending the broken windows policies which were championed by former New York City Mayor Rudy Giuliani.  In Baltimore, the political class found the police guilty of abuse even as a jury of their peers did not in the Freddie Gray case, effectively ending what was an overly aggressive, crime interdiction program, and replacing it with a policy which has had the effect of disengaging the police from crime fighting except in the most dire circumstances.

Even the liberal Baltimore Sun recognizes the violent crime explosion writing in a September 25, 2018 piece, “The grim news was the latest reminder of the sustained cycle of violence that has gripped the city since 2015, when the annual number of homicides soared above 300 for three consecutive years after the unrest that followed Freddie Gray’s death from injuries suffered in police custody.”

While the City of Baltimore enjoys low unemployment at between 5 and 6 percent, and African-Americans enjoy some of the lowest unemployment rates in history, the sad truth is that increased economic opportunity alone is not solving the problems of a poor local education system, the despair of drug abuse and the street violence which it encourages, and government policies which create a cycle of dependency that have scourged our cities.

While the events of the past weekend are shocking, the real shock should remain that our own inner cities suffer from a despair and hopelessness wrought by policies which breed government dependency, and at the same time handcuff the police from enforcing the laws which allow civil society to work.

It is incumbent on the President to keep his administration focused upon working with local community leaders to find solutions to Baltimore and everything it represents while it is still fresh on our minds. Restoring hope in our cities is possible, but only if it remains a national priority.