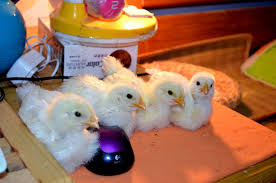 Remember the controversy that the Dixie Chicks generated in 2003 and the subsequent end of their careers—perhaps the Congressional version should take heed.  The group had originally four members, then there were three—then there were none!  After being highly critical of the U.S. policies and President while performing overseas, everyday Americans reacted negatively to their anti-American sentiment, ultimately resulting in the end of their careers in entertainment.  Will this be the fate of Omar, Alexandria and trailing on their heels—Rashida and Ayanna— in 2020?

It is obvious that on the Congressional stage there is a hierarchy among the four, with Omar and Alexandria alternating in vying for the top role.  Right now, Omar seems to be getting the most attention and you wonder if the other diva’s nose is being “bent out of shape.”  Although Rashida tried hard to garner notice during their recent news conference, using words such as “pussy” to draw attention to herself, Trump has focused on Omar.  Ayanna’s racist remarks against blacks and “queers” who are not in communion with her received fleeting mention and attention.  Omar and Alexandria, however, are definitely being noticed by swing voters; 22% of whom were favorable to Alexandria, while Omar wins hands down with only 9% of these voters supporting her.

With all their criticism of Trump related to conspiracies and obstruction, do they think that people might wonder about their own possible collusion with drug cartels and child traffickers since they refused to vote with the rest of Congress for additional monies to fund border relief?  Has anyone checked their bank accounts recently?

Although Omar received an endorsement from the Human Rights Campaign representing the LGBTQ community during her 2018 candidacy for Congress, there is a precarious relationship between Somalians in her district, who frown upon LBGTQ lifestyles and white LBGTQ, who feel superior to their neighbors. In an August 3, 2017 article for THE GUARDIAN, Ryan Schuessler reported:  “One interviewee stood outside a popular gay bar in Minneapolis and saw gay white men call Somali taxi drivers “goatfuckers”. He has also been called “faggot” by straight Somalis outside the same bar. Another interviewee had a parent follow them around the house with Zamzam water – from a sacred well in Mecca – after being outed, and had also been accosted for wearing hijab at an LGBTQ event.”  Will she be able to continue to maintain a balancing act between these two communities and remain in office?

Alexandria faces her own problems in 2020.  She is not exactly the darling of the Democrat ruling class and they are more than likely planning to back a more moderate candidate for 2020.  Meanwhile, Republican, Scherie Murray, a Jamaican immigrant, announced that she will be launching a campaign to unseat Alexandria in 2020.  “There is a crisis in Queens, and it’s called AOC,” Murray told Fox News. “And instead of focusing on us, she’s focusing on being famous. Mainly rolling back progress and authoring the job-killing Green New Deal and killing the Amazon New York deal.”

In the 2020 race, these Congressional “chicks” might find that they have gone a “peep” too far!