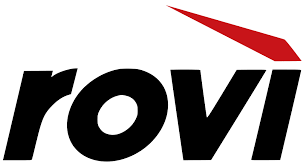 While Comcast may assert that its unlicensed use of Rovi’s patented technology supports U.S. employment, that contention is false.

Our patent laws and the adherence to them by commercial entities promotes innovation and the employment of Americans. Comcast has it backwards. Use of patented technology without permission discourages domestic innovation and growth—that is why our country is currently embroiled in a trade war with China, the poster child for the use and theft of protected technology owned by others.

Americans for Limited Government strong supports of the protections afforded by 19 U.S.C. § 1337 (“Section 337”) and urge the Commission to consider Rovi’s request for an exclusion order against the infringing products.

America’s economy relies heavily on small and new businesses: startups are responsible for developing the most technological innovations, creating the most new jobs, and driving the most economic growth. These businesses help drive economic growth through innovation: while we might think of large corporations as providing the newest and most cutting-edge products, small businesses patent new technology at approximately 16.5 times the rate of those larger companies.

But if small businesses and startups are to succeed, they must have the ability to protect their ideas from corporations that have the inclination to steal them and the resources to resist efforts to make them pay for what they have taken. Good ideas are not immediately good products. To get from one to the other requires time, money, and hard work. If an entrepreneur can invest so much only to have the results stolen by a large corporation, why would they bother?

This is why cases of intellectual property theft do not just implicate the rights of the specific parties in a particular case. When Comcast refuses to compensate Rovi for the use of their innovations, and are permitted to do so, that theft threatens the system that protects and encourages entrepreneurial efforts. Without strong patent protection, the incentives of the system that rewards investment in innovation is substantially weakened, and America runs the risk of these ideas never being pursued in the first place.

Rovi is not a small business. But that fact only serves to underscore how important this case is: Rovi is able to defend itself and its intellectual property because it has the capital, resources, and know-how that enable it to take on Comcast. If Comcast were infringing on the patent of a small businesses, it is hard to imagine how that wrong could be rectified. For these reasons, not only would an exclusion order in this instance not harm the public health and welfare, it would affirmatively serve those goals.

We anticipate that Comcast will argue that an order ending its unlicensed use of Rovi’s innovations would stifle competition in the U.S. market, when in fact a remedy would be pro-competitive. Because Rovi’s innovations are technologies that build on existing systems, patent protections are especially important in the present case. Patents protect something that is essential for consumers to benefit from these kinds of products: disclosure. As our world becomes increasingly platform-oriented, incremental improvements are unlikely to always come from a product’s original creator. When inventors are confident that their ideas will be protected, they can share those ideas with others. This disclosure improves the collective knowledge that is available to other creators-—and makes it possible for those with different skillsets to build on each other’s strengths and innovations.

The benefits of this collaboration are only available to Americans if the patent system exists to protect competition between the different innovators in the marketplace. Because today’s innovations are often built on each other, many new ideas are particularly susceptible to others taking and implementing them. Without legal protection, there is limited ability for smaller and newer entities to leverage their creations, because existing companies might quickly adopt their innovations. Without the recourse of the patent system, innovators with ideas that can be replicated would be unable to compete in the market.

Rovi’s inventions, which are clearly valued by many consumers, are helpful to Comcast because of the integration between the two corporations’ products. Without patent protection, disclosure becomes dangerous. Collaboration is best protected by robust patent protection. For these reasons, the Commission should find that issuance of an exclusion order would not have an adverse impact on competitive conditions in the United States economy.

United States Consumers are Benefitted, Rather than Harmed, by an Exclusion Order

Finally, we anticipate that Comcast may assert harms to U.S. consumers in the event that it is no longer able to offer desirable functionalities to its customers. Importantly, however, this is not a case where, in order for consumers to continue enjoying the benefits of Rovi’s products, Comcast must win. It is not a matter of choosing between a robust patent system and keeping the Rovi-created features available to Comcast consumers. Comcast is able to exercise the option that many of its competitors have—and that it employed before this litigation: it may license the technology from Rovi. After the issuance of an exclusion order, Comcast’s customers may lose the benefit of the specific Rovi products at issue in this case, but that would be because of Comcast’s choice not to license the product.

There is far greater risk of harm to consumers if Comcast is given the ability to use Rovi’s product without compensation. In a world where patent protection does not guard against that sort of theft, an unquantifiable number of beneficial features will be lost simply because they never will be created or invested in. That is the most harmful cost that could result to consumers from this case. For these reasons, the Commission should find that issuing an exclusion order would not have an adverse impact on U.S. consumers.

Rick Manning is the President of Americans for Limited Government. Adapted from a comment on the U.S. International Trade Commission Investigation No. 337-TA-1103.  You can read more of his articles at www.dailytorch.com.