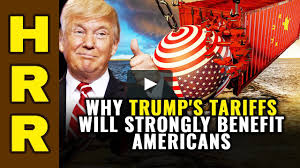 President Donald Trump’s re-election kick-off event featuring overflow crowds gathered in Orlando, Florida could not be more different from his 2015 Trump Tower announcement of his intention to run for president. The 2015 event was treated as a media curiosity, rather than one that should be taken seriously, yet some of the president’s words and promises from that opening of his serious political career have truly shaped his first two and a half years in office.

This is particularly true on the trade front, where President Trump has transformed America’s thinking.

In the president’s June 16, 2015 announcement speech he said, “It is time to stop sending jobs overseas through bad foreign trade deals. We will renegotiate our trade deals with the toughest negotiators our country has… the ones who have actually read ‘The Art of the Deal’ and know how to make great deals for our country. “

And renegotiate trade deals he has, with NAFTA completely re-done to end the giant sucking sound and restore American jobs through the USMCA agreement that is projected to come before Congress before the fall leaves drop being just one example.

But manufacturing jobs are already being brought to the U.S. due to the president’s trade policy. South Korea corporate giant, Samsung is manufacturing washers and dryers in Newberry, South Carolina after a long history of illegally dumping their product onto the United States market. And in Clarksville, Tennessee, LG, another South Korean company, has just opened a washer and dryer manufacturing plant after being found guilty of dumping charges.

While some would argue that these plants have been in the works for a while, the hard truth is that President Trump’s get-tough policy on dumping exemplified by what an anonymous Samsung official called a “worst case” scenario.

Reading between the lines, the admission of the Samsung official was that their South Carolina plant was going to be little more than an assembly plant to avoid tariffs with the parts and components imported in low-cost countries. The Trump policy changed that forcing Samsung and LG to change their business model to include manufacturing parts in America, using American workers. As a senior executive at Hyundai Motor told Reuters, “You’ve got to find a way to adapt or circumvent somehow.”

LG senior executive Jung Hyun-mo flatly stated in January of 2018, “There’d be little point on trying to figure out how to export components from Korea to the United States, and then building a washing machine there.”

And that is exactly why the LG plant which broke ground in Clarksville, Tennessee on August 24, 2017, and celebrated its official grand opening on May 30, 2019, chose to “shorten it’s supply chain” by manufacturing at least some of its components at its new state of the art facility.

While many in the business community grouse about the Trump trade agenda and some local officials worried about the impact on foreign companies investing in U.S. manufacturing facilities, the Samsung and LG case studies tell a different story.

A story about two companies who were regular tariff scofflaws deciding that truly manufacturing washing machines and many components made economic sense due to the increased tariff costs the President’s Commerce Department trade team imposed.

Now, LG is recruiting more workers for manufacturing careers and not just as entry-level assembling jobs, and Samsung’s Newberry, South Carolina plant has dramatically expanded over the past year with an additional 150,000 square feet of new factory and an additional 650 new full-time employees. A win for the company, the state of South Carolina, the city of Newberry and most importantly for the people of South Carolina.

You see, Newberry, South Carolina is one of those towns whose people were devastated by the exporting of the textile industry to Asia, but now, Asian manufacturers have come to this small town of 10,000 people to build products to sell to Americans. That is winning in Donald Trump’s America.

With almost 500,000 new manufacturing jobs created in the United States since he took office, President Trump can proudly stand on his policies which are beginning the revitalization of America with some of the latest high-tech, advanced manufacturing factories in the world.  And anyone who doubts should go to Clarksville and Newberry for the proof.

While America still has a long way to go to restore our manufacturing sector, President Trump’s America First trade policy is working to rebuild our nation’s economy, creating the economic and political environment where good paying jobs are returning and the average wage of the American worker is on the rise.

And that’s a record that any president would be proud to run on.

Richard Manning is President of the Americans for Limited Government.  You can read more of his articles at www.dailytorch.com.