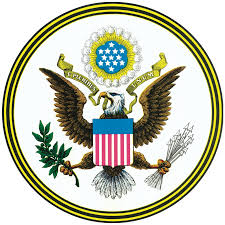 A 13-letter Latin motto, used on the Great Seal of the U.S., representing the 13 original states uniting under one government—“out of many, one.”