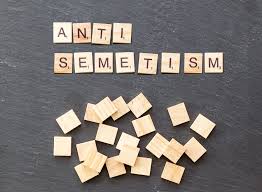 Of the 435 members of the House of Representatives, three members are of Muslim faith and 34, Jewish.  The three Muslim members are Andre Carson from Indiana serving since 2008; Ilhan Omar, newly elected to the 2019 Congress, from Minnesota, along with Rashada Tlaib, from Michigan.   Rep. Carson has managed to remain non-controversial related to Israel and voted in favor of a 2009 House resolution authored by Nancy Pelosi for Israel’s right to defend itself, although later, against the Safeguard Israel Act.

Unlike their male counterpart, the two new female Muslim representatives have distinguished themselves so far by their outspoken animosity toward Israel and their anti-Semitic remarks.  Ilhan Omar is a Somalian immigrant and naturalized citizen and represents the largest Somali community in the country, the 5th district of Minnesota, which includes Minneapolis.  Rashada Tlaib a Palestinian American, was born in Detroit, Michigan, and serves the multi-racial, Democrat controlled 13th district.  Both women started their political careers in their respective states’ house of representatives and their campaigns have received substantial funding and support from the Council on American Islamic Relations.  According to an article in Algemeiner, by Morton Klein, national president of the Zionist Organization of America, CAIR was an unindicted co-conspirator in the Holy Land Foundation Terror financing trial for funneling money to Hamas. FBI testimony reportedly indicated that CAIR has been a Hamas front group,

Omar brought attention to herself in 2012 with a tweet “Israel has hypnotized the world, may Allah awaken the people and help them see the evil doings of Israel.”  The New York Times columnist Bari Weiss wrote that Omar’s statement tied into a millennia-old “conspiracy theory of the Jew as the hypnotic conspirator”.  However, during her campaign for the House of Representatives, she reassured her Jewish constituents during an August debate that she felt BDS, the movement to boycott, divest from and sanction Israel, “was not helpful in getting that two-state solution.”  Her comments to the Daily Wire in January, 2019, seem to belie this and appeared to the Jewish Minnesotans like a bait and switch.  “Most of the things that have always been aggravating to me are that we have had a policy that makes one superior… When I see Israel institute… law that recognizes it as a Jewish state and does not recognize… the other religions that are living in it and we still uphold it as a democracy in the Middle East, I almost chuckle because I know that if… we see that in any other society we would criticize it… We would call it out… We do that to Iran.”

Omar has continued to have “foot-in-mouth” disease with her condemnation of the American Israel Public Affairs Committee (AIPAC), alleging American politicians get paid to support Israel with her infamous “It’s all about the Benjamins baby” statement to journalist, Glenn Greenwald, February 10, 2019.  This is somewhat ironic since she has a history of violating and abusing rules governing finances related to her Minnesota House of Representatives political campaign and the receiving of money for speaking engagements at public colleges–this in violation of rules for which she voted restricting honorariums for such appearances.  During her tenure in the Minnesota House of Representatives, she was fined several times for these transgressions and was forced to return the money she received for the speaking engagements.

Omar appears to lack the ability to set boundaries and has irritated many of the Americans pubic with her remarks at an event hosted by CAIR that “CAIR was founded after 9/11 because they recognized “that some people did something and that all of us were starting to lose access to our civil liberties.”  The front page of the New York Post following this statement denounce her by splashing the words “Here’s Your Something” over the image of the World Trade Center towers ablaze after the planes hit.

Rashada burst on the national political scene when recalling the moment she won the election to the House of Representatives, “And when your son looks at you and says, ‘Mama look, you won. Bullies don’t win,’ and I said, ‘Baby, they don’t,’ because we’re gonna go in there and we’re going to impeach the motherf****r.”  Additionally, according to the Jerusalem Post, “The day of her inauguration, she hung a map of the world in her office and placed a sticky note over Israel on which she wrote the word Palestine.”  Most recently, Rashada has recently ticked off the Jewish community with remarks which seem to suggest a revisionist history regarding the Holocaust and the establishment of the Jewish state.

The remarks and actions of these two women are all the more alarming because they are members of the U.S. House of Representatives, privy to matters of national intelligence and security, with Omar sitting on the House’s Foreign Affairs Committee. Remember, it was not the Jews that took down the Twin Towers.  And, as long as we continue to refer to ourselves as S0malian American or Palestinian American, we will never be an integrated country.