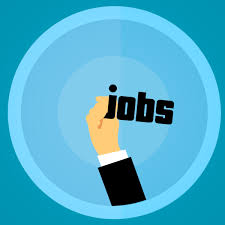 Why was I eagerly anticipating at the Labor Department job report for March?

Job reports are boring and they are usually more of a trailing indicator of the nation’s economic direction as the last thing that employers do is lay off employees when heading into tougher times.  However, two factors made the April 5 report different.

First, the February establishment report showed what could have been a trend setting flattening of the number of jobs created with a meager 20,000 reached after acceleration into the 300,000s the previous two months.  Second, the nation’s GDP for 2018 Fourth Quarter was downgraded to a middling 2.2 percent annualized growth rate.

So, the question that I was hoping to at least partially answer was whether the overall economy was slowing, bogged down by the federal government borrowing binge and the lack of available skilled labor to fill the jobs to keep the economic train chugging along.

After looking at the report, wage data, inflation, and weekly unemployment insurance filings, it appears that the concerns brewing from the slow February were overblown.

The Bureau of Labor Statistics reports that our national economy created 196,000 new jobs in March, with 182,000 of those in the private sector.  Since Donald Trump took office, there are 5.91 million more people employed and 1.77 million fewer Americans unemployed.  The unemployment insurance claims report released on April 4, for the previous week, reached a 50 year low at a seasonally adjusted 202,000. To put that into perspective, there just slightly under twice as many people in the labor force today than in 1969, yet the unemployment claims are the same as when we had just watched Neil Armstrong and Buzz Aldrin walk on the moon.

Wages continue to rise and a March report by the White House’s Council on Economic Advisors notes that the wage increases are disproportionately finding their way to the lowest wage earners, while white collar worker wages are relatively stagnant.  This reverses a multiple decade long trend at least temporarily. Meanwhile inflation remains tame at a meager 1.5 percent over the past twelve months.

If the April 9th release of the Job Openings and Labor Turnover report continues to show that the number of jobs open in February remained relatively steady from January at around 7.5 million, it will provide further affirmation that the economy remains strong and steady.

While there are reasons to be concerned about the economy – lower Gross Domestic Product growth than needed, the ongoing deficit spending splurge which absorbs capital that could be used for new factory and labor force training investments designed to increase productivity and future profit.

However, with all of the challenges facing our nation, it appears that fears about the economy can be put aside for another month as America is going to work and a vast majority of the new jobs created are being filled by employees who previously were on the labor force sidelines.

All things considered, that is what making America great again looks like.  More and more people reaching for the American dream, striving to make their individual lives better and as a result, in aggregate making our overall economy better.