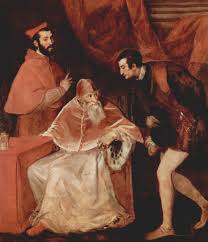 Three state assemblywomen are putting the arm on a legislative panel that has been organized to investigate potential nepotism at New Jersey’s Schools Development Authority (“SDA”). The trio – Assemblywomen Holly Schepisi (R-Bergen), BettyLou DeCroce (R-Morris), and Nancy Munoz (R-Union) – jointly demanded a hearing to obtain answers surrounding the hiring of nearly 40 new SDA personnel; it is alleged that several of these individuals have personal ties with leading staff at the New Jersey governor’s office. These state legislators are also interested in learning more about the circumstances that led to the firing of over 25 experienced SDA employees.

Assemblywoman Schepisi stated, “In her testimony to the committee in January, Lizette Delgado-Polanco said that she had no reason to terminate any of the SDA employees because they were doing a good job.” The District 39 representative added, “So why did well-performing employees lose their jobs when another person, who deserved to be fired, stay employed? Why is it okay to hire employees based on personal relationships rather than professional skills?”

Reports purport that these freshman SDA employees, combined, are earning in excess of $3 million, which is paid by the New Jersey taxpayers. It is estimated that approximately 50% of those newly hired at the SDA are earning salaries that exceed $100,000.

“The SDA’s chief executive officer testified that she was aware of the authority’s nepotism policy and hiring protocol, but based on the reports, it does not appear either was followed,” declared Assemblywoman Monoz.

“Multiple new hires are family or close personal friends of Delgado-Polanco,” offered Assemblywoman DeCroce. “We believe that an investigation by the committee is a hundred percent warranted.”

State Senator Loretta Weinberg and Assemblywoman Eliana Pintor Marin, both Democrats, are the chairwomen of the Select Oversight Committee. Assemblywoman Munoz, the Republican Assembly Whip, serves as co-vice-chair.  Assemblywomen Schepisi and DeCroce are members of the committee.