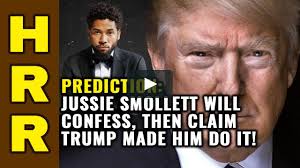 The FBI defines hate crime as a “criminal offense against a person or property motivated in whole or in part by an offender’s bias against a race, religion, disability, sexual orientation, ethnicity, gender or gender identity.”

According to FBI findings, hate crimes affect various segments of society based on race– African Americans, Whites and Latinos; religion–Jews and Muslims;  and sexual orientation—gays, lesbians and bisexuals.  Race, ethnicity and ancestry represented approximately 60% of all hate crimes committed during 2016/2017, of which about half targeted African Americans.   Between 2016 and 2017, hate crimes against Jews and Jewish institutions rose 37%.  Overall, during this time period, religious-based crimes rose by 23%; racial bias by 18% and sexual orientation by 5%.  According to FBI 2017 statistics, black perpetrators of hate crimes rank higher than whites as a percent of total hate crimes committed.

Despite these statistics, there are certain members of these segments and others of our society who have managed to benefit as a result of racial, religious and sexual orientation biases and protections.   If you are among those blacks, transgenders, women, illegal immigrants, pedophiles (this will certainly become a protected category if left to extremists), Hollywood/T.V. performers or a combination thereof, this is a great time to be in America.

As parents of a black youth from Ferguson, Missouri, killed as he attacked and threatened the life of a police officer, you can get $1.5 million for your son’s bad deeds.  If you are two male teenagers in Connecticut who think they are females, you can compete in girls’ athletics and win all the competitions.  If you are illegal immigrants at our southern border, you can enter this country and have all the liberals demand that taxpayer dollars pay for your benefits (as long as you don’t try to live in their neighborhoods).  If you are a pedophile and a famous performer, you can be Peter Pan and have your “Neverland.”   And if you are a woman, you can go before Congress and make sexual abuse claims against someone without any supporting evidence; and in general, if you are a woman of child-bearing age, you can kill with impunity your fully formed fetus or one accidently born.

Further punctuating the times are the recent events in Chicago that have united blacks (the Chicago Police Superintendent); Liberals (the Mayor of Chicago) and most of Chicago’s citizens against the injustice to Chicago perpetrated by Jussie Smollette, a black, gay, performer.   Talk about being privileged—he ranks high on the scale and has used this to his advantage.  Poor Jussie wasn’t being paid enough for his “socially relevant” contribution—acting in a T.V. show about a hip-hop mogul.   What better way to bring attention and publicity to himself then stage a hate crime against him?  The police had sufficient evidence to prove the attack was bogus and the people spoke by indicting him.  However, Hollywood and politics, which were interchangeable during the Obama administration, prevailed and the Cook County prosecutor’s office settled the case by accepting a limited amount of community service and a forfeiture of his $10,000 bond payment.  He not only did not admit guilt, but continues to criticize the Chicago police who spent time and resource pursuing his false claims.  And mixed up in all this—Tina Then—Michelle Obama’s former Chief of Staff.  Why is this not surprising?

Such is the state of the union.