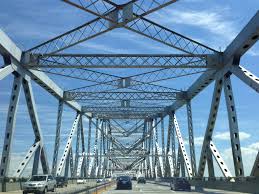 Democrats, who have gone out of their way to ingratiate themselves with Native Americans, repeatedly have demonstrated their willingness to use and abuse them.  Top among them is Elizabeth Warren, whose claims to Native American heritage, allowed her to benefit from this status by getting into top schools and good jobs as part of meeting minority quotas.   That is, until recently, when DNA testing provided a very different story and Elizabeth’s transgressions received national notoriety.

Meanwhile, others have managed a minimum of scrutiny.  This is particularly the case when Andrew Cuomo, Governor of New York, decided to change the name of a major bridge crossing the Hudson River and connecting suburban Westchester with Rockland County.  The original Tappan Zee Bridge, opened in 1955, was named in 1956 for the “Tappan” Native Americans that lived in the Hudson River Valley and the Dutch word “Zee,” meaning “sea”—the Tappan Zee Bridge.  Apparently, even the previous Cuomo governor, Mario, could not leave the name completely alone.  In 1994 he added Governor Malcom Wilson to the name so that it became The Governor Malcom Wilson Tappan Zee Bridge, although it remained simply being called the “Tappan Zee.”   Because, really, who was Malcom Wilson anyway–an obscure governor of New York, who served one year from 1973-1974.

So, when Andrew Cuomo spent 4 billion of taxpayers dollars on a 3-mile replacement bridge which was opened in August, 2017, he took this opportunity to not only get rid of Governor Malcom Wilson from the name, but to extinguish the bridge’s historical significance as a monument to the Hudson River Valley’s first inhabitants, the Tappan Indians, as well as the European Dutch that originally settled in the area.  Armed with the hubris of the scion of a political family, he renamed the bridge, The Mario Cuomo Bridge, after his father, Mario Cuomo, who was governor of New York from 1983 – 1994.  Governor Andrew, who has been governor since 2011, was apparently “deeply personally offended,” when a petition against the renaming of the bridge was generated and blamed a conservative group for the “mean and vindictive” petition.  This group, Reclaim New York, according to the Associated Press, denied initiating the petition, but supported it since “they were sick of backroom deals”—shades  of the infamous Tammany Hall, the democrat political machine which controlled New York City politics from 1854 through the 1930’s.

Apparently not only many New York State citizens, and Mrs. Malcolm Wilson, objected to the name change, but Andrew Cuomo’s younger brother, Chris, CCN news anchor, instagrammed against the name change.  He claimed that his father would believe this sends the wrong message about public service and that it is about “the us,” not “the me.”   Despite these objections, Andrew Cuomo and his mom did a victory lap across the Governor Mario Cuomo Bridge in a 1932 Packard convertible owned by Franklin D. Roosevelt as part of the ceremonial opening events.  Given his actions, the title “King Cuomo” might be appropriate, except he already has played “God” by signing a law allowing the killing of fully formed fetuses in a mother’s womb.

If Governor Cuomo feels his father is important enough to be memorialized, let him and his mother pay for it.  Crossing the “Cuomo,” is just not the same as crossing the “Tappan Zee.”