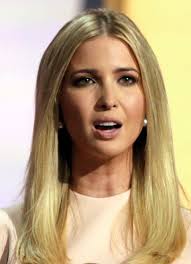 One of the biggest problems with the U.S. economy has been the continued decline of working age adults since 2000 — that is, those aged 16-to-64-years-olds — who have left the labor force.

Labor participation among working aged adults was almost 77.4 percent in 1997. And then it began a steady decline through the 2000s and the 2010s before it finally bottomed in 2015 at 72.7 percent, according to the Bureau for Labor Statistics.

That represented 9.7 million people who would have been in the labor force had participation levels remained what they were in 1997. In these pages, this author called it a lost generation, representing a failure of younger Americans to enter the labor force. Along with it growth slowed, not topping 4 percent in a calendar year since 2000, and not above 3 percent since 2005.

As President Donald Trump’s senior adviser and daughter Ivanka Trump noted on Twitter on Feb. 25, “Historic low unemployment rates have created opportunity for millions of Americans. A record 73 percent of people who previously were out of work and not looking for a job, came OFF of the sidelines and into the workforce in Q4 2018.”

The numbers look even better if you consider the numbers since Trump took office. 2.2 million of the aforementioned 2.8 million — 77.7 percent — is because the labor participation rate among working age adults has increased substantially in that timeframe.

The increase in labor participation is pretty much across the board in all age brackets, except for 16-24-year-olds, which are relatively unchanged.

Also, even outside traditional working age, those over 65 years old are participating more still as Baby Boomers continue working longer, from 19.1 percent to 20.3 percent in Feb. 2019, an all-time high.

You have some of the lowest unemployment rates among blacks, Asians and Hispanics ever recorded.

Overall, since Trump entered office, 4.8 million more people say they have jobs in the household survey, including 2.7 million women and 2.1 million men.

Therefore, this is a labor market that is helping everyone. Young, old. White, black, Asian and Hispanic. Men, women.

While some analysts were worried about a small jobs growth number in the February establishment survey, on the household survey side there were 255,000 more people saying they were working last month alone. That’s good. Really, really good, in fact.

When you couple it with 2.9 percent annual growth in 2018, the strongest number we’ve seen since 2005, the Trump economy is roaring. The business tax cuts seem to factor as the greatest reason for the uplift, as more jobs are being created.

Meaning in 2020, when Trump asks the American people if they are better off than they were in 2016, empirically, the answer will be yes. And it’s thanks to the tremendous boost being given to working age adults who have an opportunity to do for themselves with jobs.