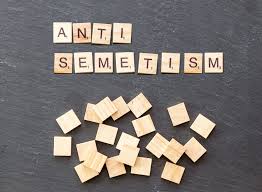 The Democrat party is not “their father’s party,” at least not for the rust-belt Democrats and now the 71% of Jewish voters who traditionally support a Democrat for president.

There is an insidious change occurring in the Democrat party, where bigotry in the form of anti-Semitism and anti-Catholicism is rearing its ugly head in both the House and Senate.  In December, Senators Kamala Harris and Mazie Hirono inferred that Attorney Brian Buescher’s affiliation with the Knights of Columbus, a Catholic Charitable Association which supports basic Catholic doctrine, interfered with his suitability to serve as a Federal judge.  However, Kamala, back in June, 2016, did not hesite to combine Church and State by appearing on a June Sunday at the Southern St. Paul Church in Los Angeles, urging the congregants to vote in  an upcoming primary election.

It is no secret that many members in the Black Congressional Caucus support Nation of Islam, Louis Farrakhan, anti-Semite and black activist, who refers to Jews as “termites.”  And, most recently, newly minted Congresswoman, Ilhan Omar, on a few occasions voiced anti-Semitic sentiments, resulting—almost—in an admonition by the Democrat-controlled house.  Unfortunately, their members were unable to come to an agreement.  Because of strong opposition from other new members, including Alexandria Ocasio-Cortez and Rashide Tlaib, a tepid resolution against hate in general was the result of a week-long debate, which failed to mention Rep. Omar by name.

Fortunately for liberals, most Catholic Democrats don’t let their faith’s religious doctrine interfere with their obsession with supporting women’s right to kill their unborn fully formed fetuses–so they pose little threat.  However, anti-Semitism is taking hold in the democrat fringes and, perhaps the eight Democrat Jewish members of the Senate and the 26 Jewish members of the House of Representatives should start to take stock of the party they support and not forget the painful lessons of history!