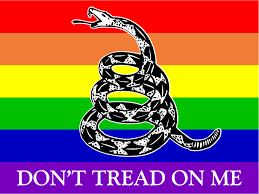 Never has the loss of reason, logic and common sense become more apparent than in the results of a female-specific athletic event in 2018 involving transgender females.  Terry Miller and Andraya Yearwood, both biological males, were first and second in a Connecticut State high school female open indoor track championship.  As a result, biological females participating in the race missed out on the opportunity to qualify for the New England regionals and a chance to run in front of college coaches.

According to the American Psychiatric Association in their Diagnostic and Statistical Manual of Disorders–DSM-5—gender dysphoria is defined as “the condition of feeling one’s emotional and psychological identity as a male or female to be opposite one’s biological sex.”  There are procedures and therapies, including counselling, hormone therapy and gender reassignment surgery, for treating this diagnosis.  The U.N. World Health Organization, in an attempt to promote acceptance of trans- genders and soften its current classification, has recommended a reclassification of the condition from a mental, behavioral and neurodevelopmental disorder to a “gender incongruence condition related to sexual health” in its International Classification of Diseases Catalog.  This recommendation has yet to be ratified and would, if approved, become effective January, 2022.  In essence, if you are a young man who thinks he is president of the U.S., you will not get a secret service detail and admission to the White House, but you will be considered delusional.  However, if you are a young man that thinks he is female, your perception of yourself will fall under a protected category with all the benefits associated with that category.

Regardless of how transgender is classified, the fact is that the French philosopher, Rene Descartes’  proposition,  “I think, therefore I am” does not translate to “I think I am a female; therefore I am a female”.  Until males go through hormone therapy and/or gender reassignment surgery, their biological bodies should define them when participating in gender-specific sports.  Females are generally one-half as strong in their upper bodies and two-thirds in lower body strength as opposed to males.  Females have 37-68% less muscle strength than men and women have less total muscle mass both in absolute terms and relative to total body mass.  This is the result of testosterone-induced muscular hypertrophy in males.  In general, men have denser, stronger bones, tendons and ligaments.  Joann Harper, a medical physicist and transgender runner from Portland, Oregon, believes in standards in sports based on hormone levels.  According to Joanne, “gender identity doesn’t matter, it’s the testosterone level that does!”  Colleges and the Olympics are in agreement , allowing transgender participation in athletic programs and competitions only after undergoing at least one year of hormone therapy.

Twenty-eight states do not have explicit laws related to sexual identity in employment, housing and public accommodation. One state has a law related to sexual orientation, but not gender identity and one state for sexual orientation and gender identity in employment and housing, but not public accommodation.  Twenty other states, including Connecticut, have a full spectrum of laws related to LGBTQ employment, housing and public accommodation.  Connecticut allows an individual to change the sex on their birth certificate without hormone therapy or reassignment surgery.  Because of this the Connecticut Association of Schools-Connecticut Inter-scholastic Athletic Conference has indicated it has had to follow the State’s anti-discrimination law, despite complaints and petitions from parents and biological female high school athletes concerning the outcome of the track competition.

A father of one of the transgender runners, who is a strapping ex-football player  (genes play a major role in an off-spring’s physical attributes), feels it is perfectly fine and courageous for his daughter, who is a biological male, to compete and win against other people’s daughters who are biological females.  Although he says that his daughter should “run with those with whom she identifies;” in actuality, when it comes to college scholarships, it is who she is running against.

When Andreya Yearwood first started on the girls’ high school track team there was a glowing article in the Hartford Courant.  However, as she is winning championships, overshadowing her teammates, team members’ attitudes have begun to shift.   Now parents and their biological female daughters are protesting the unfairness of the situation and signing petitions as realization starts to hit home.  Even the most liberal among us, when it comes to the bottom line, might start to rethink their support of state laws that ignore common sense and logic—particularly, when their daughters start losing out on college scholarships because biological males running as females steal these opportunities from them!

There is not a protected category for the homeless, who are regularly abused, beaten, set on fire and subjected to other inhumanities, as well as being discriminated against on a daily basis.  So why do people’s sexual proclivities merit special legislation?  The pendulum has swung decidedly to the left, but remember, a pendulum by its nature, will swing back!