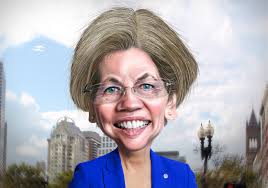 The DNA testing companies such as Ancestry DNA, 123andme, 23mofang, 24genetic and African Ancestry , are gearing up for a rise in demand and an increase in their charges.  Some Democrat candidates for president are moving forward with their proposals for monetary retribution to African-Americans  and Native Americans for those atrocities committed against their ancestors  by America’s white ancestors.  Unfortunately, Elizabeth Warren, a major supporter and proponent of this movement, won’t be able to qualify, unless she has discovered that she is now part African American.  She has already overplayed her Native American card.

But, hold on, what about the Irish?  Not only were their ancestors abused and misused by the Protestant Anglo-Saxon Americans upon their influx to the United States during the Potato Famine in Ireland between 1845 to 1849, but they were sold as indentured servants during Colonial America.  In the Pennsylvania Gazette of August 19, 1762, the following ad had been placed:  “To Be Sold An Irish Woman Servant who has three years and three months to serve.  Enquire at the New Printing Office.”  This is just one example of similar ads placed during this period in a number of newspapers, including the South Carolina Gazette.

And then there are the Chinese– the ancestors of the victims of the “Coolie Trade” in the mid-19th Century which resulted in the importation under force of Asians, predominately Chinese, to provide labor as indentured servants during the gradual abolition of black slavery in this country.  They were little better than slaves, being required to work on the Transcontinental Railroad, representing 90% of its workforce.  During this same period, the Irish were given the worst menial and most dangerous jobs, digging ditches, slaving in textile mills and laying railroad line.

Let us also not forget the coal miners whose ancestors “owed their souls to the company store.”

Being bought and sold as property was certainly the most demeaning treatment of human beings, but the buying and selling of indentured servant contracts was not far behind.  There were no laws controlling the employers that held these contracts, resulting in frequent, mistreatment, beatings and requiring these servants to work as domestic servants and farm laborers, similar to the jobs of slaves and without pay as well.  Not only the Irish, but many European immigrants, including Italians, came to this country as indentured servants.  Native Americans had their lands stolen from them and coal miners and factory workers labored in exchange for what their companies’ stores provided them in goods and services.  Regardless of the reason or the route your ancestors took coming to America or if they were here before America was colonized, our ancestors have given us an incredible opportunity to live now in a free and democratic society, a country that is tolerant of all.  This is restitution enough!

However, anyone whose ancestors came over on the Mayflower, get out your checkbooks because if one of these crazy Dems becomes president, you are going to have to pay up!