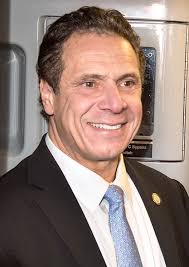 It is sad and frustrating to live in a state which legislates for abortion and further embellishes on Roe v. Wade.  It is pure hypocrisy on the part of the Governor of New York State to support a gun control law to protect the lives of our children, while signing off on another to kill our children in the wombs of their mothers.

Apparently, from his remarks at a recent news conference at the State Capital, he is a firm believer of “render to Caesar the things that are Caesar’s and God the things that are God’s, “since he was quick to confirm that his politics trump his religion.  However, is that what our state and federal governments are demanding for payment in votes—the lives of unborn children.

Some in the Catholic Church have demanded Governor Cuomo’s excommunication.  However, his total disregard of one of their key religious belief indicates that excommunication would have very little impact.

Many parents whose children die prior to term mourn them, name them and bury them.  What happens to the children of abortion?  Are they similarly named, mourned and buried?  Or are they thrown away as part of medical waste?  Mr. Governor, man up, visit an abortion clinic and take a look in their garbage can.  It might wipe that smile off your face!

The Left equates Trump to Hitler.  At least there isn’t a trail of dead, innocent bodies following in his wake.