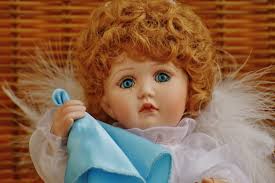 The actress purportedly was in line for a regular role on the hit show. But, according to Dushku, she was cut loose by CBS after she complained about Weatherly’s commentary. This led to the nearly $10 million payment.

Although reaping the massive cash benefits of her cry baby money, Dushku determined to breach her part of the deal – that she would remain silent about the settlements – by publicly speaking to media. The actress, who willfully has appeared nude in movies like Banshee and The Alphabet Killer and whose moral (or lack thereof) values have included permitting herself to have her beasts fondled in movies and otherwise engage in multiple sex scenes, was apparently affronted by being called beautiful by Weatherly and hearing a few sexually-related jokes. If this sounds like wild hypocrisy to you, join the club of the tens of millions of normal Americans who are confused, befuddled, annoyed, and aggravated by looniness – and phoniness – of these Hollywood boneheads, media creeps, and political fraudsters.

By all accounts, I am a great-looking woman; let’s go as far to say that I’m hot. I won best-looking in high school and was the prom queen. I think it’s fair to say that most people  would think that I am better looking than Dushku. Yet, I would not be at all offended if someone spoke of my “ravishing beauty.” And when a man makes such jokes as Weatherly supposedly made to Dushku, I just laugh at the man and walk away. Let’s get real here: a small part of our society has gone insane. The mental midgets at CBS (and other similar outfits) who pay millions of dollars to disingenuous clowns like Dushku – who feign some sort of infantile injury upon hearing racy jokes and comments about their prettiness – are facilitating the craziness and empowering the phony lot. Amazingly, while I haven’t (and never would) take off my clothes and get tongue-kissed and groped for money (as Dushku has an actress), I not only do not get “injured” by men telling me I’m beautiful and hearing jokes, but I’m hardly bothered by it—the same as all normal, honest women. Please, please – tell me I’m hot, and then pay me $10 million (I’m even willing to take the funds in silver).

Eliza Dushku is a phony whiner. But a wealthier one.