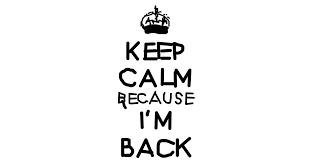 December 15, 2018 marks the date that I am back as the publisher and editor-in-chief of Empire State News.

And December 15, 2018 marks the date that the reign of Kenny D – as the Empire State News publisher and editor-in-chief – is over.

Alas, this is bitter-sweet. Kenny D is derisive, controversial, perhaps obnoxious to some, and an ego maniac. Then again, he is charismatic, bold, charming, and an intellectual genius to others. I like to think of myself as the same. One that you either love or hate, with no middle ground. But we are different as people, and different in our approaches.

The departure of Kenny D, and the re-arrival of me means a lot of things. It means a new, well a re-newed, outlook for Empire State News. It means some more fact reporting, and less editorialized content. But it does not mean the end of editorials. There will still be plenty of opinion pronounced here. Some in the way Kenny D liked it, but more in the way I like it. And that’s because I am now again the publisher and editor-in-chief of Empire State News.

Kenny D, I have a note for you, with some promises:

You decided to move on from being the Empire State News publisher and editor-in-chief. It was your choice as you have decided to pursue other opportunities, and that is acknowledged. I am a newsman, so I acknowledge facts. But I am an opinion person, as well. My preceding paragraphs’ recitation defines this duality in my reporting, as I acknowledge that it does in yours. That, we have in common, as we also have many political and social issue beliefs in common. But, as you now, we do not have in common many other political and social opinions. So, I promise you – and all the readers – a new, well re-newed – opinion approach. You say that I said this already, that I have made it clear already. Yup, well, I am making it crystal clear.

I also promise you – and all the readers – that I will continue to publish editorials written by you. And that’s because I want your opinions, whether I am a proponent of them or not, to continue to be read on this very important news site. Similarly, it would be my pleasure to publish articles written by your son.

And I promise you the following: that you and your projects will continue to be covered on Empire State News. You are a public figure, Kenny D, and a newsworthy one. Thus, you will be covered here. Sometimes the coverage of you will be glowing, but sometimes it will be critical (maybe even harsh). The coverage all depends upon, well, my opinion – and, of course, the opinions of the other Empire State News writers. You like justice, and I am a fan of the fact that you like justice, and I think the aforementioned is justice. My respect to you, Sir.

That is my farewell to you Kenny D, and your reign at Empire State News.

Now this, this is my WELCOME to ALL of YOU! I am back, and so very happy to be back as the publisher and editor-in-chief of Empire State News!

Montreal is in Canada.

The Twins play in Minnesota.

The House of Representatives has 435 members.

Orange is not the new black.

There are some good Democrats.

Jimmy The Saint is the publisher and editor-in-chief of Empire State News. He also hunts, sings, and seeks the admiration of hot women from across the globe.