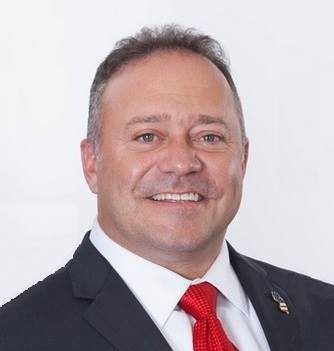 Nestled between the Passaic River and the roads that lead to world’s largest metropolis, North Arlington, New Jersey has much more appeal than realized – it may be on its way to a rebirth from the past. NA, as it is known to many in the area, is the southern-most town of one of the country’s wealthiest counties (Bergen), and it’s about 20 minutes from Manhattan, and even closer to the thriving Hoboken and revamped downtown of Jersey City.

Once a cool hangout on its main drag of Ridge Road, the little Jersey town has seen some improvements in recent years. The establishment of a local business association has added a positive bump to the previously failing center of town. Local businesses on that semi-famed Ridge Road had not been thriving over the past decade, but appear to be making a comeback. Queen of Peace, North Arlington’s darling coed Catholic high school, was unfortunately forced into closure, but surprise plans may see a reversal. Residential neighbors are starting to know each other, as they did in the past.

Property taxes in North Arlington, like in most Bergen County towns, are somewhat high, but the town is not yet Ridgewood or Wyckoff. NA has much more potential these days.

And that’s because it has been given a spark.

A spark in leadership.

Rarely can a leader, at the local level, make much of a change in his/her hometown.

But North Arlington, in 2018, has that rare opportunity.

They have it in a current councilman, who is running for mayor.

This little south Bergen town has it in a man named Dan Pronti.

A retired Montclair police sergeant, who grew up in Jersey City, Pronti has the unique combination of commonsense, natural intellect, dedication, motivation, and toughness – with a charismatic and cool demeanor. The guy is likeable.

He is not someone who can get pushed around. He’s nobody’s man, but his own. He’s not a party boss’s sycophant. And he doesn’t have a “political” agenda.

But he does have an agenda.

And that agenda is one to revitalize the economy and standard of living for the residents of the town where he has now lived for numerous years. It’s an agenda to develop, implement – and see to fruition – policies that better the lives of the people in this town. It’s an agenda that he has been carrying out as a town councilman for several years, and which he can fully execute upon being elected as mayor on the first Tuesday next month.

Pronti began his contributions to North Arlington by volunteering to coach, joining local groups and organizing local block parties, in an effort to make the neighborhoods friendlier and safer.  As a councilman, Pronti organized and restarted the North Arlington Business Association.  He initiated many revitalization programs to beautify open spaces, park land and fields.  He also took on the responsibility of starting a program to replant the trees lost during two major hurricanes. Pronti continues to coach NA’s youths and still holds an annual block party.

Ridge Rd is beginning to look alive, with outdoor seating at cafes and restaurants.

Three years ago, Pronti, who is also a licensed Real Estate Agent, noticed an unbalance in the way the local properties were being taxed, between residential and commercial properties.  He set out to fix the problem – and he did.  North Arlington municipal taxes have gone down two years in a row and are projected to be reduced again in 2019.

Pronti has shown, time after time, that he won’t capitulate to disgraced, old time local party bosses. This refreshing quality is what has drawn the electorate to his favor. He has also shown, time after time, that he has innovative, fearless ideas for the economic growth of North Arlington, with real initiatives for property tax reductions. This has further drawn the electorate toward him.

As a former supervising police officer, he understands how to effectively fight crime, and how to oversee a police department, which is part of the mayor’s role in being the head of the executive branch of the local government. Pronti has worked well with North Arlington’s police department, including one of Bergen County’s bright stars in law enforcement, North Arlington Deputy Police Chief Frank Guanci.

As a true leader, Pronti doesn’t understand the word “jealousy”, a word that serves as a political anathema. He is happy for others’ accomplishments and, as that true leader, he looks to work with others in his community – utilizing others’ strengths, along with his own, to succeed in developing North Arlington back into a prospering community.

He sees the wisdom in the words of local stalwarts like Jimmy Bocchino, a town favorite who has dedicated his entire adult life to bettering the lives of people around him. Pronti recognizes the selfless efforts of admirable men like Bocchino, and employs their knowledgeable experiences in formulating policies to better his hometown. He also looks to the younger generations in the community for their input. As that true leader, he makes it a team effort—because he has the confidence of a real man, who isn’t affronted by people with good ideas. Through his gifts of intelligence and commonsense, however, he discerns – and then dismisses – the will of the old guard town Mad Hatter and evil stepmother.

Pronti, in sum, is the strong, smart, and caring type of leader that every town so desperately desires.