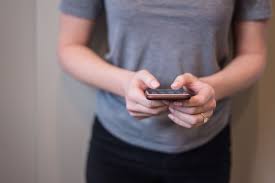 With a growing body of research about negative effects of too much screen time in children and adults alike, big tech companies such as Apple and Google claim they are attempting to develop and implement measures in their devices and platforms to decrease the mindless scrolling, the endless social media-checking, and the overall dependence on devices.

Tech insiders, such as former Google designer Tristan Harris, note that the overall goal of device and app developers was to hook the user into continuously checking his/her device and interacting with the content.  Features such as push notifications, Snapchat streaks, and viral videos that appear in news feeds persuade the user to keep using the device. Harris now leads a nonprofit called The Center for Humane Technology, and he also is credited with spearheading the “Time Well Spent” movement. The movement’s aim is to make time spent with technology productive, not mind-numbing.

Besides an overall awareness of the addictive power of tech devices and social media, some changes to the device-dependent culture may come through new apps that monitor device and app usage. For instance, Apple’s Screen Time app monitors how many times a device is picked up, how many push notifications come through, and how many times a particular app is accessed. Google is developing a similar app called Digital Wellbeing. These are particularly helpful for parents, who can even set limits for their children and have their phones lock after the limit is reached. Additionally, Google’s Wind Down feature allows its user to do just that by not showing push notifications, removing color from the screen, and putting the phone into Do Not Disturb mode. With no push notifications coming through and a lack of color, the user is less enticed to engage with the phone. And Marc Zuckerberg claims that Facebook has changed its algorithm so that users see more posts from their friends and less sponsored posts.

Are these changes for real? Will they turn the tide of tech addiction? Maybe big tech will truly work to reduce the persuasive power of their products by taking bigger steps and making greater changes to platforms, social media in particular. Maybe the novelty of a sophisticated device, instant access to information, and the immediate gratification of social media will wear off. Or maybe people will simply become more mindful of the pros and cons of technology and make the personal choice to cut down and use it wisely.