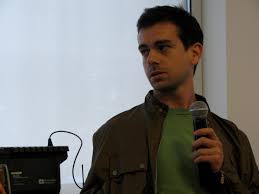 Twitter CEO Jack Dorsey recently admitted that the climate in his company has led conservative employees to feel uncomfortable expressing their views.

In a recent interview with NYU journalism professor Jay Rosen, Dorsey stated, “We have a lot of conservative-leaning folks in the company as well, and to be honest, they don’t feel safe to express their opinions at the company… They do feel silenced by just the general swirl of what they perceive to be the broader percentage of leanings within the company, and I don’t think that’s fair or right.” Dorsey went on to share that his father was a Republican, but his mother was liberal and that political debate was a part of everyday life when he was growing up.

He also claimed that Twitter does not shadow ban anyone based on political ideology, despite the recent permanent ban on Alex Jones and his site Infowars. When Dorsey recently testified on Capitol Hill to the House Committee on Energy and Commerce, he claimed, “Twitter does not use political ideology to make any decisions, whether related to ranking content on our service or how we enforce our rules. We believe strongly in being impartial, and we strive to enforce our rules impartially.”

Is this just talk? Will the ultra-liberal environment of Twitter and other social media giants change? It is a sad situation for conservatives—particularly young conservatives who are newly entering the work force and may aspire to work at a Big Tech corporation—that they do not feel comfortable in speaking their minds in their workplace.

The irony is glaring here…Liberals blast conservatives for being narrow-minded and intolerant, but the reality is the other way around. Has anyone heard anything about a conservative company making liberal employees feel uncomfortable? Anyone? Anyone? Didn’t think so…