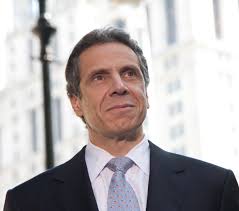 Two-term governor incumbent Andrew Cuomo easily defeated challenger Cynthia Nixon with  65.5% of the vote. Nixon, who is known mostly for her role as Miranda on Sex and the City, and most recently for jumping into the race with “progressive” (aka socialist) views, garnered 34.4%. Nixon’s platform included advocating for universal healthcare, reforming the city’s subway system, advancing LGBTQ rights, legalizing marijuana, and improving public schools and was trying to jump on the bandwagon of socialist Congressional candidate Alexandria Ocasio-Cortez.  However, Cuomo maintained a $30 million war chest and a 20+ point-lead in the polls throughout the primary season and faced no real threat from Nixon. He will face Republican Mark Molinaro in November.

The state attorney general race featured an interesting cast of characters: The current acting AG, Barbara Underwood (who took over when Eric Schneiderman resigned amidst allegations of physical violence by four women accusers) did not seek election, which opened the door for several Democrat candidates: Letitia “Tish” James, who is New York City’s public advocate, Sean Patrick Maloney, who is also a current Congressman running for re-election in that race, Zephyr Teachout, an attorney and law professor who has run unsuccessfully for governor and Congress in the past, and Leecia Eve, who has served as an aide for Cuomo, former Vice President Joe Biden, and Hillary Clinton. Liberals were excited about the diversity of the field: James and Eve are African-American women, Teachout is also a woman, and Maloney is gay.

James seemed to be the favorite all along, with an endorsement from Cuomo and excitement bubbling over the possibility of the first African-American woman elected to statewide office. Why didn’t this excitement extend to Eve? She was likely considered too “establishment,” given her work with Cuomo, Clinton, and Biden. Perhaps voters were wary of Maloney’s quest for both re-election to Congress and the AG seat, and this will likely hurt his bid for Congress in November.

All eyes will continue to be on the AG election. Whoever wins can dive right into the headlines by taking over attention-grabbling lawsuits that have already been filed by this office against the Trump organization, former Trump attorney Michael Cohen, and the Trump administration itself. The Republican candidate is attorney and political newcomer Keith Woffard.

So NY’s second round of primaries yielded no real surprises. Liberals voted for liberals—nothing new there. On to the midterm elections…