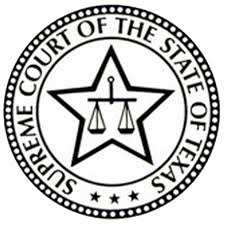 This case dates back to 2012, when seven cheerleaders displayed banners with Bible verses, such as Philippians 4:13 – “I can do all things through Christ who strengthens me”, for their football team to run through at the start of games.  Naturally, an atheist group, the Freedom From Religion Foundation, came out of nowhere and complained, and thus the cheerleaders were banned by the Kountze Independent School District from displaying signs with Bible verses or other references to God. The district claimed that the cheerleaders’ banners, because they were displayed at a public school setting, amounted to government speech. The cheerleaders’ parents sued the district, having their case taken on by First Liberty Institute, a law firm that specializes in religious liberty, and attorney David Starnes of the law firm of Gibson, Dunn and Crutcher. The cheerleaders also garnered support from Texas senators Ted Cruz and John Cornyn.

The court ruled that the cheerleaders’ banners were their own expressions of faith, not school-sponsored speech. The district appealed, with Kountze ISD attorney Thomas Brandt maintaining that the “banners were held by public school cheerleaders while they were cheering for the school’s football team, while they were in uniform at a school-sponsored event, and while they were on the school’s football field to which access was limited by the school.” However, he should have realized that he was no match for God, as the Texas Ninth Court of Appeals upheld the ruling. And the district attempted to appeal to the State Supreme Court, but last Friday, the court denied the appeal to hear the case again. “This is the private speech of these cheerleaders and for the school district to censor that speech violates the Constitution,” said Jeremy Dys, one of the attorneys for the cheerleaders. “The school district has fought us every step along the way.”

Commenting on this hard-fought victory on a long, drawn-out battle, First Liberty Institute’s Hiram Sasser stated, “As the football season kicks off across Texas, it’s good to be reminded that these cheerleaders have a right to religious speech on their run-through banners – banners on which the cheerleaders painted messages they chose, with paint they paid for, on paper they purchased…”

And, given that these cases do occur from time to time, where atheist whiners attempt to keep football players, cheerleaders, and fans away from God and the Bible, it’s good to see that the Texas Supreme Court stands in support of freedom of religious expression. According to Allyson Ho, lead appellate counsel, “This is a total victory that protects the religious liberty of students everywhere.”