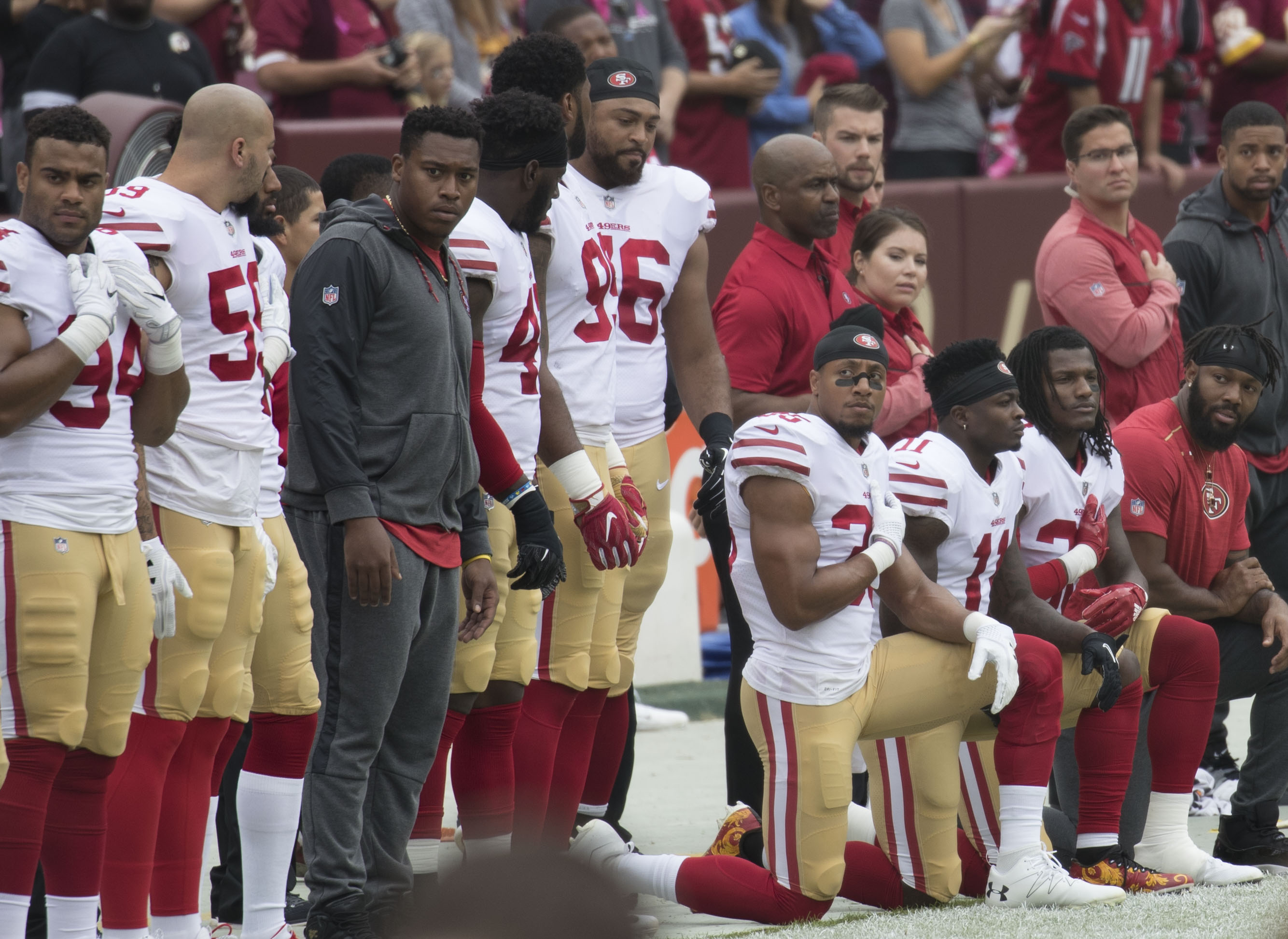 Some NFL players continue to kneel at the national anthem.  While it may be wrong, they have free speech rights so they can do whatever they want. They say they kneel because they are “protesting against police brutality and because they want illegal arrests against African Americans to stop.”

These NFL players should not only be concerned  about illegal arrests of African Americans, but also all races. Illegal arrests are wrong and they do happen, but not standing for the national anthem does nothing in stopping this problem.

Far left wing Democrats act like they are siding with the players, but they are tricking them. Half of the  players are kneeling because of their “protest”, but the other half are just following their teammates and the left wing people who are deceiving them. This is sad.

ESPN will not even show the national anthem now, and the new rule is if players kneel they stay in the locker room. Some NFL players even think they are gaining fans by kneeling, but they are losing fans instead.  Hopefully, the kneeling thing will stop soon so there can be no more controversy.