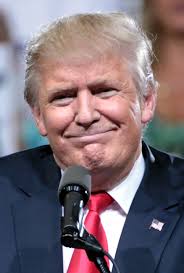 The Democrats, especially the far left and angry overzealous congressional leaders such as Adam Schiff, have lost all credibility with most Americans with regard to investigations surrounding Donald Trump and his allies. The majority of Americans have already concluded that the probes into Trump are witch hunts rooted purely in politics and personal animosity against the president – and that they are unsupported by facts and evidence. A laundry list of new investigations planned by Democrats will not only be met with speculation, but grave disdain by the public.

Trump has a keen understanding of people and the true mainstream thought processes. He also recognizes that a great majority of Americans do not trust the so-called elites in media, academia, and Hollywood. Normal folk are less and less swayed by the sound bites delivered by these entities/people. The president will continue to seize on this groundswell of distrust by the populace, and he will use his executive powers and ample political pressures to shut down baseless investigations.

Although Jeff Sessions has quietly generated some considerable successes at the DOJ, Trump likely will replace him as attorney general; the new AG will be more in line with the president’s thought processes. This would mean that a larger number of dubious investigations pushed by Democrats in Congress will be shut down before they start. It may also mean that Trump finally pushes the button to end the ever-broadening Mueller investigation (if it hasn’t ended by the time a new Congress take their seats).

The substantial majority of Americans are justice-seekers. They are incensed by government conduct that violates the constitution and which is otherwise unlawful. They fear overreach in investigatory matters that infringe upon civil liberties; they are alarmed by illegal surveillance, criminal charges that are not grounded in probable cause, investigations that are germinated through political vengeance, cruel and unusual punishment, overt double standards, and unchecked powers. Too many recent circumstances, which so terrifyingly fit this bill, are fresh – and simmering in their minds. One (of numerous) examples: the recent Michael Cohen investigation and plea.

Donald Trump’s sacred right to a confidential attorney-client relationship was obliterated in a zeal-infested pursuit by prosecutors to procure any information they could scrap up to implicate the president in the engagement of illegal activity. They sidestepped the prohibition against seizing and utilizing conversations and correspondences between attorney-client by asserting that the discourse between Donald Trump and Michael Cohen was in furtherance of a crime by and between them. No such crime existed, as is thoroughly detailed in the recent Empire State News article MICHAEL COHEN’S GUILTY PLEA FOR ILLEGAL CAMPAIGN CONTRIBUTIONS WAS A PLEA TO A NON-CRIMINAL ACT BY A NON-CREDIBLE ACTOR.

Die-hard Trump voters, as well as many newly disgruntled Americans, will likely quell the investigatory hopes of Democrats before they can ever be initiated – and that’s because they will vote Republican at a higher clip. These people are ever-motivated to see the cessation of the media/political circus surrounding specious probes, with topics that they largely consider unimportant. The continued growth of the economy and lowering of unemployment are at the top of their lists, as well as the appointment of constitutionalist judges (e.g. – Brett Kavanaugh) and progression with the denuclearization of North Korea. These Americans know that the easiest route for such important goals to be accomplished is by having a Republican Congress behind Donald Trump. Although there are, no doubt, significant potholes created by plastic establishment types, a perpetuated Republican majority in the House and Senate is crucial to avoid a socialist agenda – and an agenda of “all things against Trump.”

The Trump voters are much wiser than those self-purported media/academic/Hollywood elites think, and they are passionate. They are very likely to mobilize and ensure enough GOP victories in November which, in and of itself, will terminate the Democrats’ wish list of baseless investigations before they start. If not, Trump has his eyes wide open, and his mosquito nets are already out. And, at this point of his experience in the White House, he has plenty of ideas – and strength – to crush unjust conduct at its insidious inception.

Kenneth Del Vecchio is the author of some of the nation’s best-selling legal books, including a series of criminal codebooks published by Pearson Education/Prentice Hall and Thomson Reuters-ALM/New Jersey & New York Law Journal Books. He is a former judge, a former prosecutor and a practicing criminal/entertainment attorney for 24 years, wherein he has tried over 400 cases. Mr. Del Vecchio is also an acclaimed filmmaker who has written, produced and directed over 30 movies that star several Academy Award and Emmy winners and nominees. His films are distributed through industry leaders such as Sony Pictures, NBCUniversal, Cinedigm, and E-1 Entertainment. He has starred in numerous movies, as well. A best-selling political thriller novelist, he penned his first published novel at only 24-years-old. Additionally, Mr. Del Vecchio is the founder and chairman of Hoboken International Film Festival, called by FOX, Time Warner, and other major media “One of the 10 Biggest Film Festivals in the World.” A regular legal and political analyst on the major news networks, Mr. Del Vecchio formerly served as the publisher and editorial page editor for a New Jersey daily newspaper.