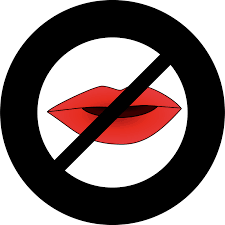 U.S. Senator Chris Murphy, a Democrat demagogue from Connecticut, recently issued a tweet, urging  that social media platforms censor speech with greater frequency for the “survival of our democracy.” What this frightening political power broker is truly seeking is this: the destruction of our democracy. First Amendment rights to speak in a manner and content as one chooses are at the core of America’s freedoms.

Twitter, a short snippet mass aggregator of information that influences the thoughts of far too many Americans, seems to be following Murphy’s ill-advised demand. The media outlet, which initially just appeared to dole out fun, uses its now mega-platform to censor speech that it deems “hateful.” To some, who do not think too deeply into the issue, this may seem valiant, perhaps moral, in regulating out such content.

But what is “hateful” speech? How about anything that one person, such as Twitter founder Jack Dorsey, disagrees with.

For other social media platforms, “hate speech” is whatever the rulers of those sites choose to define it as, wherein they use the fair, mature formula of “I don’t like it, so you can’t say it on my playground.” Of course, this fake news germinating mentality is nothing new. Voluminous more traditional media outlets (e.g. – print newspapers and magazines, TV, and radio) have called upon their internal censorship police for years, thus depriving their audiences of alternative points of view.

Something seems different with the censoring proliferated by Twitter and the other social media/social activist arenas, however. This difference is rooted in these platforms’ unique engagement nature with their users. The social media content, unlike the traditional media content, comes directly from plain, ole’ regular people. Social media has given them a voice. And now, outlets like Twitter, are more and more taking that voice away.

Some argue that Twitter bars speech in an indiscriminate or random manner, simply eliminating dialogue that is “obviously” hateful, and not targeting any particular type of thought. This claim, however, is disingenuous. Twitter, just like its social media brothers and sisters (excuse me, genderless siblings) speech-castrates many who espouse deeply-held conservative principles. They often bar, or as the industry calls it, “deplatforms”, users who routinely tweet in a political voice inapposite of theirs. Donald Trump supporters are on the victim number one list.

In deplatforming these users, Twitter is denying its users the very unique gift that it initially sought to provide. Regular folk content is no longer the dominant voice on this deplatformed platform. Instead, it is now becoming an amalgamation of, yes, still millions of voices—but millions of much the same, robotic voice. That voice is the one sounded by the far left.

Twitter defenders can point to scores of conservative tweets that are left standing. But this does not negate the factual reality that tweets from conservative users, en masse, are censored; meanwhile, it may, literally, be impossible, to find a liberal twit who has been discarded on Twitter.

The social media giant fervently asserts that it is not censoring based on conservative ideology, but on that amorphous evil of “hate speech.” Presumably, “hate speech” would be speech that is illegal. A fun fact, however, is that the Founding Fathers took great strains to ensure that almost no words uttered in America would be found unlawful. In order to ensure this right of free speech, they enacted the First Amendment to the U.S. Constitution. Accordingly, in America, very little, in way of spoken and written word is illegal. What is unlawful?

Terroristic threats are illegal. It is crime for person to threaten to kill another, under circumstances where a reasonable person would believe that the threat of death is real, imminent and can be immediately carried out by the actor. Simply making a joke about killing someone or even issuing such a threat where it cannot be immediately consummated (e.g. – Bob threatens to kill Steve who is 500 miles away) is not a crime. The threat must be real and can be carried out immediately for it to be illegal.

It is civilly unlawful to commit acts of defamation (slander and libel). Culprits are liable for these torts where they purposely make false statements which are malicious and defamatory. It is very difficult to succeed in a defamation case, however, because (1) negligently and even recklessly false statements do not suffice; (2) a false statement is only considered “defamatory” if it tends to injure a person’s reputation; and (3) a “malicious” statement is something far greater than just making a rude or nasty comment. An opinion never amounts to defamation, nor does calling someone a terrible name.

The moral of the story is that although many types of speech may be considered “immoral” (i.e. – “hate speech”) by certain people, such speech is not illegal. Nor should it be. And, in legal fact, the United States Supreme Court has found that “hate speech” is constitutionally protected speech.

Nazi sympathizers can spew their Nazi nonsense. Louis Farrakhan-lovers can propound their racist diatribes. The N-word can be flouted. As can the H-word, W-word, or K-word (those are the racist words utilized against white people, Italians and Jews that not many, at least on the far left, care about).

People can lawfully employ all of this unsavory dialogue in America, with no legal repercussions. And while they should indeed be permitted to use these words in a free society, they should understand the professional, business and societal wrath that may occur: they may be shunned.

No doubt, private entities are not governed by the First Amendment’s mandates. Only the government must adhere to its dictates and protect speech. This means that Twitter, as a private company, of course has the legal right to ban what it considers “hate speech.”

The problems in media outlets “outlawing” speech are multi-fold – especially for social media networks who are allegedly providing a platform for users to speak their minds and, thus, proliferate the widest array of ideas. The advocates of censorship, such as Twitter, use “hate speech” as an umbrella term to cover anything they disagree with, which means that an inordinate, growing list of words and topics are being prohibited. Such lists by their nature are manufactured lists in that a very few people are deciding what’s hateful and what’s not and, accordingly, are biased and discriminatory. For example, don’t expect Twitter and other social media sites to ban the H-word, W-word, or K-word. One may also consider the U.S. Constitution and its wise doctrine when evaluating whether to prohibit any lawful speech on a social media platform. Although these private companies are not bound by the constitution, they may want to be guided by its spirit. This very likely is wishful thinking, however, as a currently-giant media outlet such as Twitter is controlled by not by a giant, all-encompassing mind, but rather a highly limited, narrow mind.

Today, a Twitter-type media entity simply labels something as “hate speech” and it has the same effect as the McCarthyism activities of the 1950s. During that dark time, any speech that the then-censorship police disagreed with, was labeled “communism”; this resulted in the mass removal of such speech (whatever it may have been) and the “offenders” were ostracized and, sometimes, were legally affronted. Oddly, those who called themselves liberals in that era fought, with great tenacity, to protect these free speech rights. In 2018, the ultra-liberals, in large groups, are now fighting against these freedoms. Some purposeful and evil, others ignorant, they are leading America toward a dictatorial society, wherein the most fundamental and precious of constitutional rights are sought to be subjugated. And that is dangerous.At that, I call on all just Americans who adore the First Amendment – and who are frightened by those government officials (e.g. – U.S. Senator Chris Murphy) and social media outlets (e.g. – Twitter) that censor speech – to stand by me and others who Tweet the following:

I will say whatever words I want, whenever I want. #FREE SPEECH #1ST AMENDMENT

I’m a proud, masculine, heterosexual white man, with great physical strength to go along with my great mental strength. #PROUD TO BE ME

Anyone who has a problem with the above is an angry bigot, as I’m happy for the other gender, other races, etc. to be proud of themselves. #HAPPY FOR ALL

If @Jack disagrees with me, he can combat me like a man, and write/speak something back to me, instead of being a coward who blocks me. @Jack can post here, on my news publication site, and I won’t neuter him; if he has already neutered himself, where he is beyond repair, that’s unfortunate. I will fight for @Jack’s right to say the categorical opposite of me. Instead of seeking to censor him, I will reject, in speech, his ill-advised thoughts – and school him on the correct ideology. He can debate, and he can grow as a successful human being. Or he can run and hide behind his deplatforming. The latter is the path of a loser, and usually a jealous, insecure one.

If Twitter blocks these posts, then the democracy-seeking Americans, for real, should boycott Twitter and its ilk. The free market, in America, can always deplatform a bigoted, censorship-sailing site such as Twitter et al. And new, First Amendment-furthering media outlets will spring up in their place. Twitter and its non-gender siblings are today’s norm in social media, but they unlikely will continue as the leaders in that space if they inhibit many ideas while attempting to propagate just some.