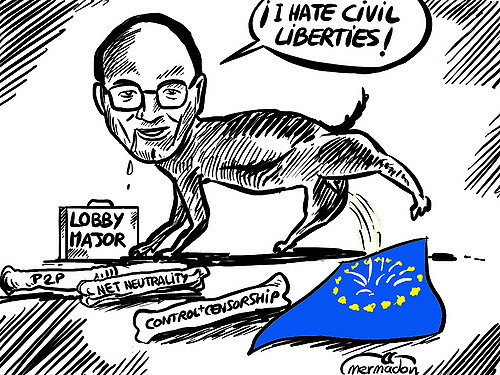 In a past not so long ago, liberals fancied themselves as the protectors of civil liberties. They purportedly were in favor of free speech and protecting First Amendment rights. They also acted as if they vigorously sought to defend against unreasonable searches and seizures, in furtherance of rights guaranteed in the Fourth Amendment.

Some liberals actually believed in these causes. Others were just phonies, but at least they acted as if they cared.

Today, however, most avowed liberals have openly disavowed the protection of civil liberties unless, of course, it suits their partisan cause. When a FISA warrant was granted by a secret court – on the basis of purposely misleading information and without probable cause – against Trump campaign staffer Carter Page, there was no legal outcry by the far left to defend the man. More so, many of the ultra-liberal faction actively have sought that President Trump, and anyone associated with him, be prosecuted for a crime that does not exist—collusion.

Wrongful and malicious prosecutions had been at the forefront of the evils sought to be eliminated by civil liberty-minded liberals. No more, however—not if partisan politics is involved, at least. Nowadays, to these people, a mere accusation is enough to convict someone. And if they don’t like what a person says, forget about free speech rights—it’s a crime. According to these people, simply colluding – to do whatever – is a crime.

And as recently provided for in yet another recent Empire State News article:

“People – whether they are American citizens or not, and whether they are on American soil or not – can say whatever they want in an effort to “influence”, “meddle with”, or “interfere with” an election, regardless of where that election takes place. And they can ‘collude’ with others – regardless if the “others” are Americans, Russians, British, Kenyans, Canadians, Peruvian, etc – to ‘influence’, ‘meddle with’, or ‘interfere with’ an election (in America or anywhere)…But what they can NOT do – and what is illegal – is if while attempting to ‘influence’, ‘meddle with’, or ‘interfere with’ an election, they collude to commit a crime (e.g. – bank fraud, identity theft, computer tampering). In that case, they are acting unlawfully…Otherwise, when no crime is being committed during the ‘colluding’ and ‘meddling’ activity, these people are acting in the ‘American way’ and in concert with the United States Constitution—they are embodying the First Amendments’s holy deliverance of free speech rights. They are indeed acting completely and totally lawfully.”

The far left is now trying to find ways to manipulate people into believing the above is not true. Of course, they are failing with any genuine legal minds and others who investigate beyond the sound bite talking points. Their efforts are alarming to any who revere the perpetuation of American civil liberties.

To be fair, some conservatives have also played this one-sided legal instrument and ignored Democrats’ constitutional rights and civil liberties protections in pursuit of succeeding in a partisan chess game. And that’s equally as wrongful as the illicit matches carried out by their leftist adversaries. It is also accurate to acknowledge that some liberals have remained true to their core values and not abandoned the cause to protect civil liberties of all, including Republicans (and even Donald Trump). Harvard law professor Alan Dershowitz is a good example—but he has been crucified for his valiant, moral efforts by those who formerly adored his legal acumen. Dershowitz, correctly, had argued with similar tenacity that Hilary Clinton should not be prosecuted for the alleged crimes many claimed she committed.

But in furtherance of fairness and honesty, the following must be recognized: the great majority of ultra liberals have kicked the constitution to the curb and are in an outright rabid war to decimate the rights of anyone affiliated with Donald Trump, no matter the cost that it may have to the civil liberties of all. Conservatives, as a whole, simply are not even close to this same level of guilt.

Watch out libsters: before long, conservatives will be colluding to protect the civil liberties of all Americans, even Democrats. But probably not illegal aliens.