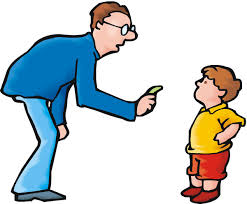 A hard to politically pigeon-hole journalist, David Shuster, slammed CNN reporter Jim Acosta for walking out of a White House press conference yesterday, defining Acosta’s antics as “self-promotion” that “are hurting journalism.” Acosta had created a spectacle of himself when he abruptly departed the presser after White House Press Secretary Sarah Huckabee Sanders refused to acquiesce to his demands to “say the press is not the enemy.” It’s confusing, if not confounding, why Acosta believes that Sanders should adopt his words and parakeet-repeat his labels. When she wouldn’t, he packed up his hot dogs and hamburgers and went home.

Immediately thereafter, Acosta followed the lead of his president, and took to Twitter, writing:

“I walked out of the end of that briefing because I am totally saddened by what just happened. Sarah Sanders was repeatedly given a chance to say the press is not the enemy and she wouldn’t do it. Shameful.”

The dialogue immediately leading up to Acosta’s exodus started with a rambling sermon by the CNN reporter, wherein he bellowed to Sanders, “For the sake of this room, for the people who are in this room, this democracy, this country. All the people around the world are watching what you’re saying, Sarah, and the White House, for the United States of America, the President of the United States should not refer to us as the enemy of the people. His own daughter acknowledges that, and all I’m asking you to do, Sarah, is to acknowledge that right now and right here.”

Sanders swiftly and succinctly responded to Acosta’s diatribe, with “I appreciate your passion. I share it. I’ve addressed this question. I’ve addressed my personal feelings. I’m here to speak on behalf of the president, and he’s made his comments clear.”

At that, Acosta attempted an epic silent movie soliloquy by overtly trotting from the press conference, ensuring the entire room’s (and America’s) notice. His actions, however, fell short of a classic performance and, at best, could be classified as a 2018 short film dramedy.

Shuster, a primetime anchor at i24 News who is also a managing editor at the network, took Acosta to task upon reading his tweet. Shuster tweeted yesterday:

“Hey Jim @acosta, the job of a true journalist is not to be sad or happy by what happens in a press briefing room. It is to ask questions and report facts about what was said/not said. Your feelings, antics, + self-promotion are hurting journalism, not helping it. Enough.”

This sparked a raging Twitter debate, with people both ripping and defending Acosta. Shuster, an Emmy winning journalist, utilized a real-life example to distinguish between the appropriate conduct of a true journalist and the inappropriate behavior of a showboat, tweeting:

“Years ago, I had a presidential candidate, in a room in South Carolina filled with 500 supporters, point to me and call me a communist. The crowd cheered. I laughed. Then, I asked the candidate about his definition of ‘communist.’ I didn’t leave, pout, or make it about me.”

Then Shuster added on his Twitter page (where he makes clear that “My tweets do not reflect the opinions of anybody but me”):

“One can report aggressively and call out Trump on Cohen/Russia, as we have, without making the story about US. True journalism is not about self-promotion. It’s about reporting the facts. Period.”

These tweets issued by Shuster should not be mistaken as his advocacy for President Trump or his administration. He has many times criticized the president, on Twitter, for a wide array of policy decisions. Just two days ago, in response to a tweet by Trump calling “Russian collusion with the Trump Campaign…a TOTAL HOAX”, Shuster tweeted directly to the president, saying:

“Actually, your campaign foreign policy advisor George Papadopolous, with his Russian outreach, sparked the investigation well before the Steele dossier. Also, in 14 months, charges have been brought against 32 people. #MuellerIsComing”

Certainly, many disagree with Shuster in this regard, as there is considerable evidence to prove that the notorious Steele Dossier (which was improperly used to obtain an illicit FISA warrant to wrongfully surveil former Trump campaign aide, Carter Page) was the true lightening rod for the special counsel Russian probe. More so, the investigation has not delivered any credible evidence to the public to even remotely link President Trump or anyone from his campaign to illegal collusion with Russians, with regard to interference in the last U.S. presidential election. Shuster may provide a “back and forth” in such a debate, but he will never proselytize or whine and moan about those in disagreement with him—nor will he make the issue about him. This type of conduct is what differentiates Shuster from Acosta.

With an impressive newsman pedigree – Shuster formerly served for several years as an anchor for MSNBC and as a correspondent for Fox News – he is of rare breed in today’s hyper-partisan media climate. While there is nothing wrong with a personality/pundit/analyst/editorialist from taking strong, hard-hitting – and even one-sided – positions, this type of role is different from that of a journalist who purports to report “facts.” And that’s Shuster’s point, which seems to be resonating with the great majority of those engaged in his Twitter debate.

Jim Acosta huffed, “Sarah Sanders was repeatedly given a chance to say the press is not the enemy and she wouldn’t do it.” In layman’s terms, who the hell is Acosta to give the White House press secretary “a chance”? For that matter, who is he to give any person “a chance”? His words, and over-evaluation of himself, are ripe with superciliousness.

Acosta failed in his condescension: Sanders disregarded him. Fellow press conference reporters snickered at him. And Shuster schooled him.