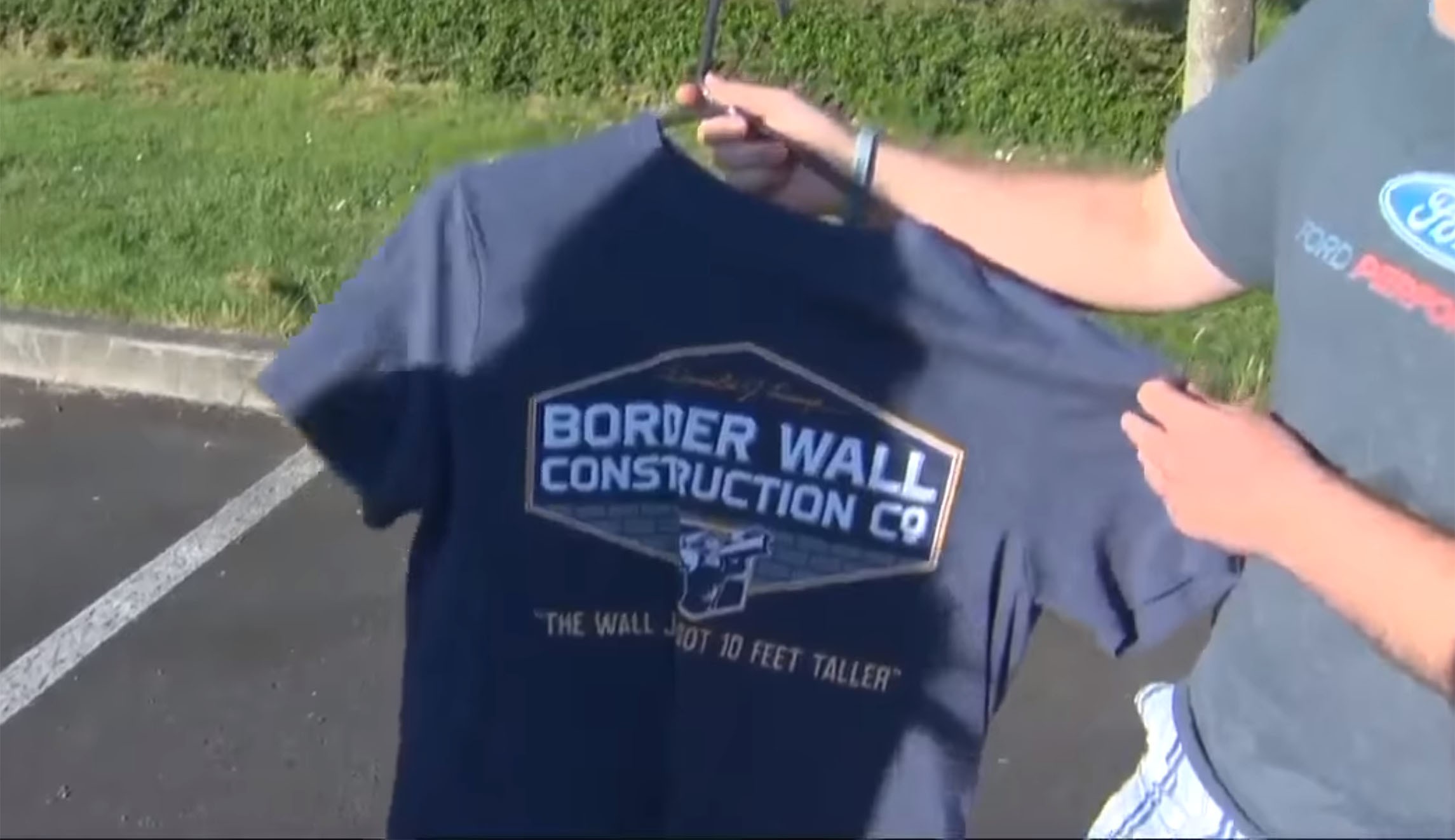 Justice and the First Amendment have prevailed for 18-year-old Addison Barnes.

The high school senior from Hillsboro, Oregon wore a  “Donald J. Trump Border Wall Construction Company” t-shirt to school in May, on a day that his “People and Politics” class was scheduled to discuss immigration. The shirt also features Trump’s famous quote from one of the 2016 presidential debate, “The wall just got 10 feet taller.” Barnes was told by an administrator that some students and a teacher were offended by his t-shirt and was asked to cover it up or go home. He briefly covered it with a jacket but then decided that his free speech rights were being trampled and took the jacket off. At that point, Barnes was escorted out of his classroom by a security guard and subsequently went home. This forced absence was recorded as a suspension, and furthermore, a federal judge granted a temporary restraining order that prohibited Barnes from wearing the shirt to school for the rest of the school year.

Accordingly, Barnes sued Liberty High School, the Hillsboro School District, and his school’s principal, Greg Timmons. Now, they have reached a settlement wherein Timmons will write a letter of apology to Barnes and the district will pay Barnes $25,000 for his attorney fees.

Barnes, who noted that a teacher in his school hung a pro-sanctuary city poster in her classroom all year and faced no repercussions, wanted to fight for free speech for those who express conservative viewpoints. In a statement, he said, “I brought this case to stand up for myself and other students who might be afraid to express their right-of-center views. Everyone knows that if a student wears an anti-Trump shirt to school, the teachers won’t think twice about it. But when I wore a pro-Trump shirt, I got suspended. That’s not right.”