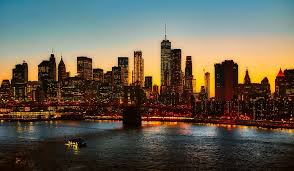 With nearly 1,000 businesses sold, Lisiten Associates, a Manhattan-based company, is largely considered the United States’ leading business brokerage firm. The company specializes in selling, well, nearly every type of business. Mel Lisiten, the firm’s founder and president,  said, “If there’s a market for the business, we can sell it. And when we do, the best deal will be closed.”

Lisiten is one of those rare people who actually has the gravitas, experiences, and track record to back up his assertions. Recently invited to join a presidential advisory board, the Lisiten Associates mastermind formed the firm in 1982, and has sold a wide array of companies – ranging from numerous businesses with sales prices in the tens of millions to smaller ones in the six figures. Some of the successful Lisiten transactions in that eight-figure range include a healthcare consumer goods manufacturer/distributor, a fast food aggregator, an international fragrance manufacturer, an all-season specialty product wholesaler, a massive landscaping company, a food distributor/packaging conglomerate, a telemedicine platform business, a major glass and frame fabrication entity, a blue zone bottled water company, and a top HVAC designer/installer…Get the idea? Lisiten Associates sell across the board.

Mel Listen’s story, in many ways, defines the American Dream. In his early professional life, he built several fashion companies. One of them became a huge international sportswear brand, which Lisiten sold to interests held by the Getty family. At around that same time frame, he invested in real estate under the name InstaHouse, a venture that soon evolved into a multimillion-dollar enterprise of purchasing, renovating, furnishing and renting homes. In 1980, just a year after the Getty deal, Lisiten sold InstaHouse.

In due course, FashionLab morphed into Listen Associates, as the company became more globalized, and their business brokering spread to the breadth of industries. Now, Lisiten Associates markets the sale of its clients’ businesses worldwide, through an intricate and savvy array of advertising techniques. The Lisiten Associates website identifies the varied mechanisms it utilizes in confidentially selling their clients’ businesses, as well as the additional services it provides, including aiding in valuing  a company, strategies for growth, marketing, sales, advertising, production,  business operations, and planning improvements.