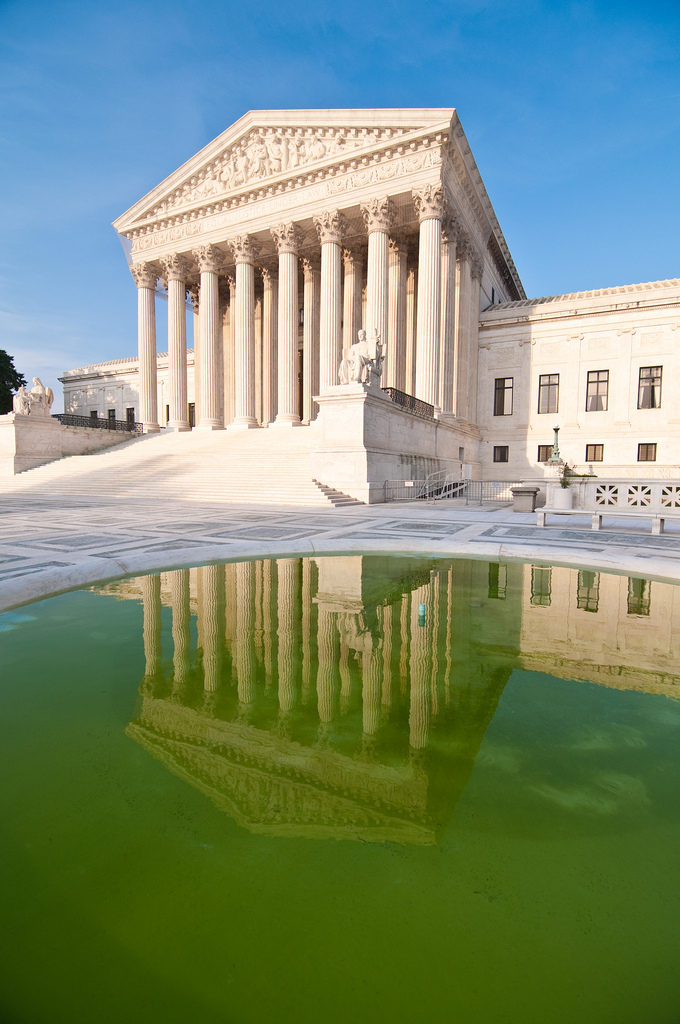 The retirement of Justice Anthony Kennedy has reminded voters in this midterm election season that their vote matters — because judges matter.

With the Senate closely divided 51 to 49, another Supreme Court nomination by President Donald Trump promises to be one of the most contentious fights in modern Senate history.

Even more so because of the electoral map. Nine Democrat seats up are in states President Donald Trump carried in 2016: Florida, Indiana, Missouri, Montana, West Virginia, Wisconsin, Michigan, Pennsylvania and Ohio.

Meaning the Democrat senators occupying all those seats will be forced to vote on Trump’s nominee to replace Kennedy, whoever he or she is.

And with Kennedy’s retirement, every single one of those seats is now very much in play. Very simply, the vote on the Kennedy replacement will be one that determines whether that seat is held by a Democrat, or a Republican come 2019.

Should the Democrat senators vote no on the nominee, it will rile up Republicans who would prefer the balance of power on the Supreme Court remain the way it is now, 5 to 4 appointed by Republicans. It could help Republicans pick up certain seats.

Should they vote yes, they will dispirit their own base of Democrat voters, who still can’t get over losing to Trump in 2016. If Trump’s nominee sails through, they might stay home, helping Republicans win other seats.

The vote is a lose-lose situation for Senate Democrats.

Either way, Kennedy’s retirement ups the incentive for Republicans to overcome the enthusiasm gap that typically pervades midterm elections after winning the White House.

The White House incumbent party tends to lose House seats in midterm elections 89 percent of the time dating back a century, with losses averaging 35 seats. The exceptions were 1934, 1998 and 2002.

One of those years was 1970, the same year Harry Blackmun replaced Abe Fortas. That year, the incumbent party, Richard Nixon and the Republicans, picked up two Senate seats.

In 1981, Sandra Day O’Connor replaced Potter Stewart. A year later, the incumbent party, Ronald Reagan and the Republicans, neither gained nor lost any Senate seats.

Now, clearly, Trump has promised to appoint a constitutionalist justice far more conservative than Blackmun or O’Connor, two of the most disappointing Republican choices for the Court in modern history. Nobody knew at the time how disappointing they would be, though.

In other words, running not one but two consecutive Supreme Court nominations successfully could put Trump in a commanding position for the midterm elections — because Democrats will feel defeated headed to the polls. Dejected.

The D in Democrats will stand for dispirited.

The flip side of that is if Senate Republicans fail to replace Kennedy this year. It could be Republicans who are demoralized. Just putting that out there.

When you get right down to it, Republican Senators include Majority Leader Mitch McConnell (R-Ky.) and Senate Judiciary Committee Chairman Chuck Grassley (R-Iowa) have one job. To unite the Senate Republican conference and replace Kennedy with a constitutionalist who will protect individual rights and read the Constitution as written. And the more successful they are at it, the more likely they are to expand their majority this year. Again, they have one job.

Robert Romano is the Vice President of Public Policy at Americans for Limited Government.  Americans for Limited Government is a non-partisan, nationwide network committed to advancing free market reforms, private property rights and core American liberties.  For more information on ALG please visit the website at www.GetLiberty.org.  You can also read more articles at www.dailytorch.com.