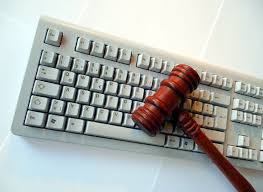 Somewhat similar to the legal process for obtaining a temporary and then final restraining order, the Extreme Risk Protective Order Act of 2018 establishes a mechanism for obtaining a temporary and final extreme risk protective order against persons who are found to pose a danger of bodily injury to themselves or others by having custody or control of, owning, possessing, purchasing, or receiving a firearm.  A family member or law enforcement officer will have authority to file a petition for a temporary extreme risk protective order.

“This is the right approach to reducing gun violence,” said Greenwald (D-Camden/Burlington). “We’re respecting Second Amendment rights, while taking steps to protect the community through a fair and just process. We’ve heard too many stories about families who couldn’t do anything despite red flags being raised. With this law, we change that for the better.”

(It is significant that a petition for a temporary extreme risk protective order can be filed against a law enforcement officer.  The officer’s employer will conduct an internal affairs investigation.  The officer will not to be terminated during the investigation phase.  Next, the county prosecutor will determine if the matter should be referred to the courts.)

In deciding whether to issue the temporary protective order, the court would consider if the accused person has a history of:

For the final extreme protective order, the above listed factors must be proven by a preponderance of the evidence.  The core issue is whether or not the accused person poses a significant danger of bodily injury to self or other persons by either possessing or purchasing a firearm.   “We need to do more to protect children and our communities from the scourge of gun violence, and this is a creative and thoughtful approach,” said Jasey (D-Essex/Morris). “We will take steps to take guns away from those who pose a danger to others, but also to themselves. It’s a smart way to keep communities safe.”

The issuance of a temporary or final extreme risk protective order requires the respondent (the accused) to surrender all firearms and ammunition in the person’s custody or control, or which the person owns or possesses, and to surrender to law enforcement any firearms purchaser identification card, permit to purchase a handgun, or permit to carry a handgun the person holds.   Anyone held in contempt of an extreme risk protective order is to be arrested.

The names of all persons who have been charged with a violation of a temporary or final extreme risk protective order will be compiled into an electronic central registry created and maintained by the Administrative Office of the Courts.  The subject of an extreme risk protective order will be disqualified from obtaining a firearms purchaser identification card or permit to purchase a handgun.  The information will also be released during a background check for a person seeking employment as a police or law enforcement officer.  This law provides a sensible process that protects the rights of lawful gun owners while allowing concerned family members to take action when there are ‘red flags’ that indicate a gun owner poses a serious risk to others,” said Zwicker (D-Somerset/Mercer/Middlesex/Hunterdon).

Violation of a temporary or final extreme risk protective order is a fourth degree crime, which may include imprisonment of up to 18 months and/or a fine of up to $10,000.  Furthermore, anyone who purchases, acquires, owns, possesses, or controls a firearm or ammunition in violation of the protection order will have committed a third degree, which carries a three to five years prison term and/or a fine of up to $15,000.