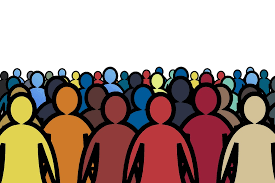 The amnesty crowd on Capitol Hill is up to its old tricks again, still pushing the idea of rewarding bad behavior while ignoring the plights of law-abiding American citizens. With all the problems facing the country, illegal immigration amnesty seems to be the only thing that brings politicians together. Apparently, they were not paying attention when President Donald Trump won the election in 2016 and are determined to go against the will of the people.

The pro-amnesty anti-border security group is using a parliamentary procedure known as a discharge petition. A discharge petition brings a bill out of committee and on to the floor of the House for consideration. The tactic is normally used by the minority party, or Members not on good terms with their leadership.

Rep. Carlos Curbelo (R-Fla.) introduced the discharge petition on May 9, and as of May 16, the petition had 22 signatures. If the petition gets to 218, it will then force a vote on the resolution introduced by Rep. Jeff Denham’s (R-Calif.), H.Res.774 – Providing for consideration of the bill (H.R. 4760) to amend the immigration laws and the homeland security laws, and for other purposes.

This tactic does two things. It protects amnesty proponents from a difficult vote, and it passes an amnesty bill. In the coming days, you will hear the amnesty Republicans, that have not cosponsored H.R. 4760, come out and support the stronger immigration bill all of a sudden. They can do this because they know in the Queen of the Hill debate, the legislation that gets the most votes wins. They can vote for the bill that fixes the immigration system and secures the border, H.R. 4760, while also voting for one of the amnesty bills. The amnesty bills will get more votes because all the Democrats will vote for them, while none of them will vote to secure the border. This all but ensures only an amnesty bill will pass.

That is the trick for the amnesty Republicans. They can say they voted to secure the border, while voting for amnesty, then blame it on the process. They get to pass amnesty and pretend they are in favor of border security to their constituents.

While passing the Goodatte bill, H.R. 4760, may seem like a good idea, in the end it could be a disaster. It has nothing to do with the bill as written. It is a phenomenal bill that keeps every promise President Trump made on the campaign trail. The problem with passing any of those bills out of the House, is they will have to go to the Senate, where the amnesty caucus has even more representation than the House.

Any bill immigration bill that goes to the Senate will either be hollowed out and made to be a repeat of the Gang of Eight Amnesty bill, or the Senate will pass their version of an amnesty bill and amnesty will be decided in conference. Both are wins for illegal immigrants and the Democrat party, but neither is a win for the American people. The Senate proven inept at this point and cannot be trusted to do anything regarding immigration.

This also represents a test for any prospective Speaker candidates. Majority Leader Kevin McCarthy (R-Calif.) and House Majority Whip Steve Scalise (R-La.) are both believed to be in the running for Speaker of the House since current Speaker, Rep. Paul Ryan (R-Wis.) announced his retirement. If either is to show they are serious about border security, they should move to take action against the amnesty Republicans.

McCarthy has already come out and spoken against the discharge petition stating, “If election is today we win. Will we continue to grow. But few things can disrupt us. We cannot disrupt ourselves. Intensity levels are still not there, and discharge petitions release the power of the floor that the American people gave us the responsibly to hold. When you release that power the majority goes to Nancy. If you want to depress intensity this is number one way to do it. We can debate internally but don’t let someone else like Nancy decide our future.”

McCarthy might be on to something. Pelosi wants to turn the entire country into the living hell that is San Francisco, and a bunch of Republicans running to work with her to help her in her mission would do nothing but depress the upcoming midterm vote. Pelosi knows she has several amnesty Republicans fooled and is pushing for the resolution.

Pelosi recently stated, “We believe that this bipartisan bill that the members have put together … is the bill that would win,” when discussing the USA Act, one of the amnesty bills up for debate in the resolution. Makes you wonder if the Republicans helping Nancy Pelosi in her quest to turn the entire country into San Francisco know they are being used by her?

Just as leadership has punished Freedom Caucus members in the past for not towing the leadership line, the same should be done here. If McCarthy or Scalise wish to be taken seriously for Speaker, they should immediately ask the amnesty Republicans to remove their name from the discharge petition. If they refuse to do so, leadership should stop funding their campaigns from their leadership PACs and see that the National Republican Congressional Committee (NRCC) also stops contributing to their races. After all, Republicans voted overwhelmingly in the last election against amnesty and to secure the border, why should their donations go to raise money for people trying to help Democrats import millions of new voters.

The 2016 election was about amnesty, and the amnesty group lost. Republicans still pushing for amnesty must quit reading the New York Times and Washington Post. Even if the GOP do pass amnesty, the media will still not like them. If Republican leadership wishes to remain in the majority, they should do everything possible to stop the latest amnesty attempt. Kevin McCarthy was right, Republicans have the momentum, and the quickest way to depress the base turnout is to pass amnesty.