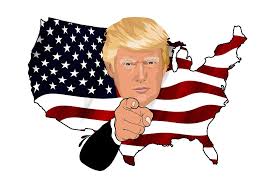 With the help of the recently passed tax cuts and reform, many states and cities are getting a boost as they feel incentives to lower taxes and further spur job and wage growth. While it is still early, the Republican tax plan is already improving the economic forecast for millions of Americans who are most in need.

After states struggled to regain revenue after the 2008 recession, as property values took years to recover, states have remained vulnerable to another, perhaps worse economic crash. However, by passing the Tax Cuts and Jobs Act of 2017, Republicans in Congress provided new business opportunities to America’s most at risk residents.

Erin Arvedlund of the Philadelphia Inquirer notes, the tax plan listed Camden, a low-income city outside Philadelphia, as an economic “opportunity zone”, giving business owners and startup groups preferential treatment for investing in the areas. As a result, companies like Penji, a graphic design firm, have pledged to boost local hiring and expand operations.

Arvedlund explains, as a result of the renewed business opportunities, the city’s real estate market has also taken a turn. Recently, a $48 million residential development of 156 rental homes broke ground on the Camden waterfront. This development is the first new construction market-rate apartment development on Camden’s waterfront in 15 years.

As the tax plan works to encourage business owners to create jobs and raise wages, states are seeing a rise in both incomes and sales tax revenue.

Jon Kamp and Joseph De Avila of the Wall Street Journal explain, Minnesota is on pace to have a $329 million surplus this fiscal year and Utah should bring in $500 million in additional revenue this fiscal year. Connecticut, a state which has been experiencing fiscal weakness for years, is projected to receive a $1.34 billion surge in excess income-tax revenue.

Unfortunately, these benefits are not being distributed evenly. States that have mirrored the federal government with low-tax policies are growing notably faster than high-tax states.

Chuck DeVore of Fox News compares the most populous 15 states, five high-tax states and ten low-tax states, to determine differences in nonfarm private industry job growth following the passage of the tax reform plan. In the first quarter of 2018, data from the U.S. Bureau of Labor Statistics shows, the ten low-tax states saw employment growth average 0.75 percent; with Texas, Arizona, and Florida leading the way with more than 1 percent growth.

Unfortunately, high-tax states saw employment expand by only 0.38 percent, nearly half the rate of their low-tax counterparts. Illinois, a state that has dramatically raised taxes following budget constraints, saw the most sluggish job growth at only 0.11 percent in the nonfarm private industry.

To continue facilitating growth, states like Iowa and South Carolina have taken steps in the state legislature to further expand tax cuts and prevent tax hikes. These legislatures clearly see the policy is working and want to ensure it is sustainable.

While it has only been six months since the bill’s passage, the Tax Cuts and Jobs Act has played a significant role in spurring economic growth in states, particularly low-tax states. States across the country must continue to keep taxes low in order. That’s what will bring in businesses and jobs, and further expand revenue over the longer term — protecting their economies from potential turmoil.

Natalia Castro is a contributing editor at Americans for Limited Government. You can read more of her articles at www.dailytorch.com.