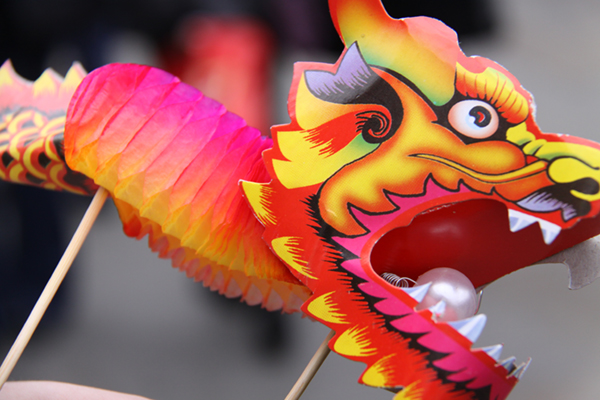 Two key arguments are often made by those warning of a trade war with China, which is that Beijing could inflict major damage by cutting off the export of rare earth metals and by dumping its $1 trillion horde of U.S. treasuries.

But on both of these China could be more of a paper dragon than the conventional wisdom would have you believe.

First, on rare earth metals. Jeff Spross at The Week argues that “if things do spiral into all-out trade war, it’s worth noting China has a nuclear option. I’m referring to rare earth metals. These are elements like dysprosium, neodymium, gadolinium, and ytterbium. They aren’t actually rare, but they do play crucial roles in everything from smart phones to electric car motors, hard drives, wind turbines, military radar, smart bombs, laser guidance, and more. They’re also quite difficult to mine and process. It turns out the United States is almost entirely dependent on foreign suppliers for rare earth metals. More importantly, it’s almost entirely dependent on China specifically for rare earth metals that have been processed into a final and usable form. Basically, if China really wanted to mess with America, it could just clamp down on these exports.”

That much is true. According to the U.S. Geological Survey, the U.S. at present is 100 percent reliant on imports of rare earth metals, used in the components of some of the most important modern technologies we take for granted every day. And much of it presently comes from China.

Spross references a piece by Victoria Bruce at the Hill, writing, “The most recent 2016 Government Accounting Office (GAO) report called China’s monopoly on rare earths a ‘bedrock national security issue,’ and back in 2010, the GAO warned Congress that it could take up to 15 years for the U.S. to re-develop its own rare earth supply chain.”

On the other hand, China by no means has a total monopoly on rare earth metals. Although the U.S. has not mined rare earths the past two years, U.S. military ally Australia has been ramping up its production the past decade, and now is the number two producer in the world at 20,000 metric tons in 2017.

In fact, China has been losing global market share since its high-water mark of 95 percent of global production in 2010. Now it’s more like 80 percent, largely thanks to Australia ramping up production. And Australia has all of the elements we would be looking for, according to Geoscience Australia.

The U.S. consumed about 12,690 metric tons of rare earths in 2017, according to the USGS. It also reports about 1.4 million metric tons of reserves in the U.S.  Molycorp based in California since it went bankrupt in 2015 has been repurchased by MP Mine Operations LLC. Although there was some concern about Shenghe, a Chinese company, being a part of that deal, Chicago hedge fund JHL Capital Group and New York’s QVT Financial LP were also included, with Shenghe being described as a minority investor.

The transaction may yet attract a fresh review by the Committee on Foreign Investment in the United States just to be certain in light of recent developments. In the meantime, while it might take MP Mine Operations some time to get back up and running, it is certainly moving in that direction. For example, just in December, the Nuclear Regulatory Commission transferred Molycorp’s old export licenses to MP Mine.

Elsewhere, in Idaho, for example, there are tremendous reserves of untapped rare earth minerals just waiting to be mined.

So, if worse came to worse, in the event of a Chinese embargo on rare earths, there are other producers who would likely respond to global market demand, much the same way the world did during the Arab oil embargo of the 1970s. Efficiency gains were made, and production increased elsewhere. Eventually, accommodation was reached. The embargo was ultimately counterproductive for the embagoer and benefited everyone else.

Similarly, the oil price shock in the 2000s unintentionally fueled investment in the shale oil boom occurring in North America.

China is more than welcome to try to embargo exports of rare earths, but in all likelihood it would simply redirect global supply chains and be nothing more than a temporary disruption. It would also be embargoing its most valuable technology exports, so there’s no money in an embargo, either. Increased prices would simply fuel investment in alternative sourcing for the materials, leading to major investment opportunities elsewhere.

In the meantime, it might also compel Congress to take action

Much the same can be said of the $15.45 trillion U.S. treasuries market. China holds about $1.168 trillion, or about 7.5 percent. Again, if China wished to sell all of those starting tomorrow, they’d be more than welcome. Interest rates would probably temporarily spike, but markets would probably adjust, not to mention central banks. For example, if there were no other buyers, the Federal Reserve could conceivably intervene and purchase the bonds as a stopgap.

The bottom line is that the U.S. and frankly, global markets’ capacity to respond to price shocks that might be seen via rare earth embargoes or dumping treasuries, should not be underestimated. Sea changes of these sorts are investment opportunities for others. Whatever shortages are foreseen in the short run will be some other company’s boon.

China will do whatever it wants at the end of the day, but it must realize, the market’s invisible hand always wins.