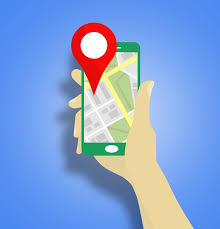 My cell phone knows where I am even if I’m lost.  There is a comfort but a fear the power of GPS (the Global Positioning System).  Is there a right to privacy?

The right to privacy against government intrusion illustrates how the U.S. Supreme Court creates individual rights when interpreting the Constitution.  https://constitution.laws.com/right-to-privacyStrict Constructionists of the U.S. Constitution and Amendments have cautioned the courts about creating rights and remedies not directly stated.   The first ten amendments to the Constitution are called the Bill of Rights.  The 1st Amendment implies the privacy of a person’s beliefs and religion. The 2nd Amendment protects the privacy of a home from soldiers.  The 4th amendment stops unreasonable searches of a person or his/her possessions.  The 5th amendment offers the privacy right of personal information (the right to not incriminate oneself) and the due process clause.  Furthermore, the ninth amendment allows for “unenumerated rights” (rights not directly stated) and legal precedent.

In 1890, Louis Brandeis and his law partner Samuel Warren proposed the legal right, which they called “the right to be let alone.”  “What Would Privacy Expert Louis Brandeis Make of the Digital Age?”  The Washington Post, Jeffrey Rosen, March 20, 2015.  https://www.washingtonpost.com/opinions/clash-between-free-speech-and-privacy-in-the-digital-world/2015/03/20/bee390e6-c0f8-11e4-ad5c-3b8ce89f1b89_story.html?utm_term=.a53bcccee3d6    Later in his legal career, Supreme Court Justice Brandeis altered his perspective on the right to privacy.

Still, I wonder what Justice Brandeis would think of the “cameras” watching us at all times.  Does technology invade our “zone of privacy?”  Does government impermissibly intrude in our lives?  Are we willing to give up the right to privacy in return for protection from terrorists?  My cell phone probably knows the answer.  I’d better ask it.