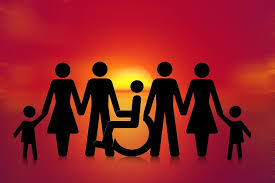 The New Jersey Senate Budget and Appropriation Committee approved bill, S-2171, sponsored by Senate Majority Leader Loretta Weinberg and Senator Linda Greenstein. This bill would implement a statewide earned sick leave policy.  By a vote of 8-3-1, the bill was released from committee and now heads for a full vote in the Senate.  If enacted, this legislation would preempt all other sick leave laws.  An employer would be required to provide earned sick leave to each worker that is employed in New Jersey.  An employee would earn sick leave for one hour for every thirty (30) hours worked.  The employees pay rate for earned sick time would be at the typical amount earned but not less than the state minimum wage.  There is also a provision to protect an employee from retaliatory action by the employer.

As Senator Weinberg explained, “We know that many employers offer paid sick time to ensure their employees are healthy and productive, but too many people are in jobs where sick days are not available. These workers are in an incredibly vulnerable situation. If they or a loved one gets sick, they have to decide whether to take time off, or to pay the rent or mortgage, the electric bill or to buy groceries. This will give workers the protections they deserve.”   The Institute for Women’s Policy Research has reported that there are an estimated 1.2 million New Jerseyans without the protection of earned sick leave pay.  Other states like Connecticut, California, Massachusetts and Oregon have already passed similar legislation.  “Earned sick leave is a basic workers’ right that should be extended to all employees. It will create a healthier and safer work environment for our residents, but also will protect the health of the public,” added Weinberg.