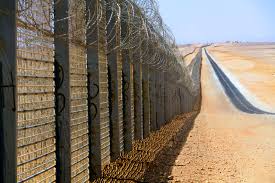 The IDF’s recent use of lethal force on the Gaza border cannot be addressed with a general response of “it was lawful” or it was “unlawful.” There are a lot of “Ifs”, wherein specifics are required to provide a thoughtful legal evaluation.

If Palestinian/Hamas “protesters” were planting plastic explosives at the border wall, then using deadly force against them was legal.

If Palestinian/Hamas “protesters” were opening gunfire upon Israeli soldiers, then using deadly force against them was legal.

If Palestinian/Hamas “protesters” were throwing Moltov cocktails Israeli soldiers, then using deadly force against them was legal.

If Palestinian/Hamas “protesters” were throwing rocks at Israeli soldiers, then using deadly force against them was not legal.

If Palestinian/Hamas “protesters” were just congregated and yelling, then using deadly force against them was not legal.

With reference to the Palestinian/Hamas protester who was allegedly shot in the back (running away from the wall), the shooting would be unlawful if he did not engage in any lethal force attempt against the Israelis. If he had shot at Israeli soldiers (or was planting explosives at the border wall), his sudden attempt to retreat would not prohibit Israeli forces from shooting at him. Even in the U.S., self-defense laws, in most states, do not require a victim from disengaging lethal force where a criminal elects to suddenly retreat. Why? Because it is quite possible that this same person will immediately turn around and attempt to kill again.

Israeli nationals on the one hand, and Palestinians/Hamas members on the other, have been engaged in acts of war against each other for some time. It is difficult, if not unjust, to evaluate this matter without considering the history. During the 2014 Gaza war, 73 Israeli citizens were killed, with hundreds more injured, via rockets launched by Hamas; no doubt, numerous Palestinians were killed and injured, as well.

More so, evidence appears to indicate that the IDF delivered warning shots, as well as tear gas, in an effort to avoid using deadly force. If Palestinian/Hamas “protesters” – who either fired at Israeli soldiers, threw Moltov cocktails at them, or attempted to plant plastic explosives at the border wall – were shot after warning shots/tear gas were used, then justice was served and there certainly was no criminal activity on the IDF’s part.  Alternatively, if these were just peaceful protesters who came “too close” to the wall, then the killings would amount to murder.

All that said, maybe it would be smart to just stay away from the wall. Lives could be saved that way.