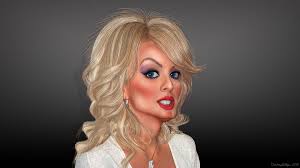 Daniels and Avenatti, an odd, twisted couple of star-seeking wannabes, define being legally incredible and inept via their claims. It’s as if they decided to bring the worst possible case in an effort to gather the maximum attention for themselves. It seems that they have relied upon the lethal concoction of (1) the maxim “even bad publicity is good publicity”; and (2) allowing themselves to be taken advantage of by an overly eager fake news tabloid media and special interest group witch-hunt-brigade against Trump. The pair are gambling that, upon their case going down in a blazing legal fire, after all the dust settles, their now 115 minutes of fame, coupled with some sure millions in publicity/book/movie/ancillary payoffs, will outweigh the millions that Daniels will pay in damages and the frivolous lawsuit penalties/reputation destruction that will be caused to the once-little known lawyer Avenatti.

Daniels is the poster non-babe for lacking credibility in a matter where a person claims an affair occurred:

(1) In 2006, she stated that she never had a sexual relationship with Trump;

(2) In 2011, she stated that she never had a sexual relationship with Trump;

(3) In January 2018 – this year – she stated that she never had a sexual relationship with Trump. She specifically put in writing, “My involvement with Donald Trump was limited to a few public appearances and nothing more.”
Three times, over an 11-year period, Daniels unequivocally asserted that she did not have a sexual relationship with Trump. Given these admissions, alone, it is not just disingenuous to make a claim that Trump had an affair with her, but it is patently absurd. However, there are more major credibility problems for Daniels.

The woman has consistently been seeking a payday for her tale of an affair with the president. In 2011, she was prepared to take a $15,000 payment from a magazine for a Trump-love-fest story that she offered. Much to Daniels’s dismay, her dream deal fell apart.

Ever resilient to make money off her brief meetings with Trump (it is uncontested that they knew each other), Daniels jumped on an assault band wagon against the president during the 2016 presidential campaign. Seeing that she could again obtain a sizable monetary check for an affair story, she began frothing at the mouth about it to many listeners. She wielded offers and finally settled on the NDA deal with Cohen. This landed her a whopping $130,000, a figure much greater than the $15,000 magazine payment from five years earlier. Now, it seems quite evident that this money-hungry-grub is convinced that she can far exceed the $130K by breaching the NDA (an agreement that forbids her from speaking about any alleged affair with Trump).

While Daniels’s monstrous credibility issues eviscerate her unsubstantiated she-said he-said claims, Avenatti’s lawsuit assertions are without any legal merit. The attorney’s legal proffers to nullify the NDA are rooted in two arguments, both of which are failures. His first claim –that Trump did not sign the agreement – on its face, sounds valid. This is a threshold legal issue (not one of fact), which, as it turns out, has no validity, and will be decided against Avenatti, causing the case to be dismissed. The reason: the agreement allows for it to be signed by Trump OR his attorney, Michael Cohen.

Since Cohen signed the document, it was unnecessary for Trump to execute it. Accordingly, with this threshold issue being a failure, the case is over right there and, although Avenatti might not be the highest quality of an attorney, he is not an idiot; he understands that he has a loser with the “lack of Trump signature” cause of action. This leaves him with his second argument, which is a desperate Hail Mary.

Claim number two is that Daniels signed the NDA under duress and/or coercion. This proposition is rooted in a ridiculous, unsupported story that was exposed in last night’s “60 Minutes” report. Daniels, in low-budget actress form, said, “I was in a parking lot, going to a fitness class with my infant daughter. Taking, you know, the seats facing backwards in the backseat, diaper bag, you know, getting all the stuff out. And a guy walked up on me and said to me, ‘Leave Trump alone. Forget the story.’” Upon giving the audience a quick look of distress, she added, “And then he leaned around and looked at my daughter and said, ‘That’s a beautiful little girl. It’d be a shame if something happened to her mom.’ And then he was gone.”
This story has about the same writing creativity of a porn flick, embossed in the typical cliche of an encounter with an unknown, threatening man in a parking garage. The mysterious culprit, of course, levies a veiled threat that an infant may lose her mommy. Then, he’s off into the darkness, never to be seen again.

Other than the bad acting performance delivered in her nationally televised story, Daniels has one glaring problem. None of the necessary evidence to support a credible account of an alleged criminal incident exists. There are no eyewitnesses. There’s no video evidence, nor audio. There is zero forensic evidence. No confessions or admissions of any kind by the supposed perpetrator exist. There are no written threats to buttress Daniels’s story. There isn’t even a police report following the alleged criminal activity.

What kind of mother would be threatened in front of her infant child – and then not report it to the police? Answer: a pornographer who fabricated a story as an effort to reap substantial monetary gain and public notoriety.

Simply, Avenatti has no legal basis to have the NDA judicially terminated. His rationale for the nullification is not just specious, it’s absolutely meritless. Although Avenatti won’t get disbarred for his unsavory conduct, he almost definitely will be liable for filing a frivolous lawsuit, which means significant economic sanctions (and likely bar association reprimand).

She has violated a gag order. This court order forbade Daniels from speaking about the alleged matters that were covered in the NDA (i.e., the supposed affair). Daniels slobbered to Anderson Cooper and, thus, America, about the purported sordid occurrences connected to the alleged imbroglio. This blabbering was in direct contradiction to the gag order. In addition to the enormous monetary penalties (likely millions of dollars) for now violating the NDA’s provisions, Daniels could be jailed if it is deemed that she is in contempt of court.

Gag orders, no doubt, are constitutionally problematic judicial acts. They should never be employed by U.S. courts because they violate one of America’s most fundamental – and precious – constitutional rights: free speech. Even though this gag order (like all others issued by courts) clearly subterfuges Daniels’s First Amendment rights, it nonetheless is in effect; she will suffer legal punishment for violating that order. That penalty against her will be wrongful.

However, the legal ramifications that Daniels will endure for (1) blatantly breaching the NDA where she willingly took $130,000 to stop spewing her carnal tales; and (2) committing slander and libel for fabricating the affair – will be justified. She will face an orchestra of legal music which, undoubtedly, will be millions of dollars in damages. As the massive credibility potholes of this matter have been revealed, Daniels will also be considered morally bankrupt by America but, then again, her career trajectory has already rendered that result.

Avenatti, well, he looks like a legal buffoon to all non-politically motivated lawyers (see additional legal miscues by him in Michael Cohen Has Violated No Laws, But CNN Host, Analysts Create Wild Theories In Witch Hunt). But he may gain some traction as a Democrat operative and/or in the adult film industry.

In the weighing process, although the pair might profit some in the short run through their infamy, the lawsuit – and NDA breach – has been a pretty stupid decision by them. Daniels should have invested her $130,000 payment. And Avenatti should have remained in legal obscurity.