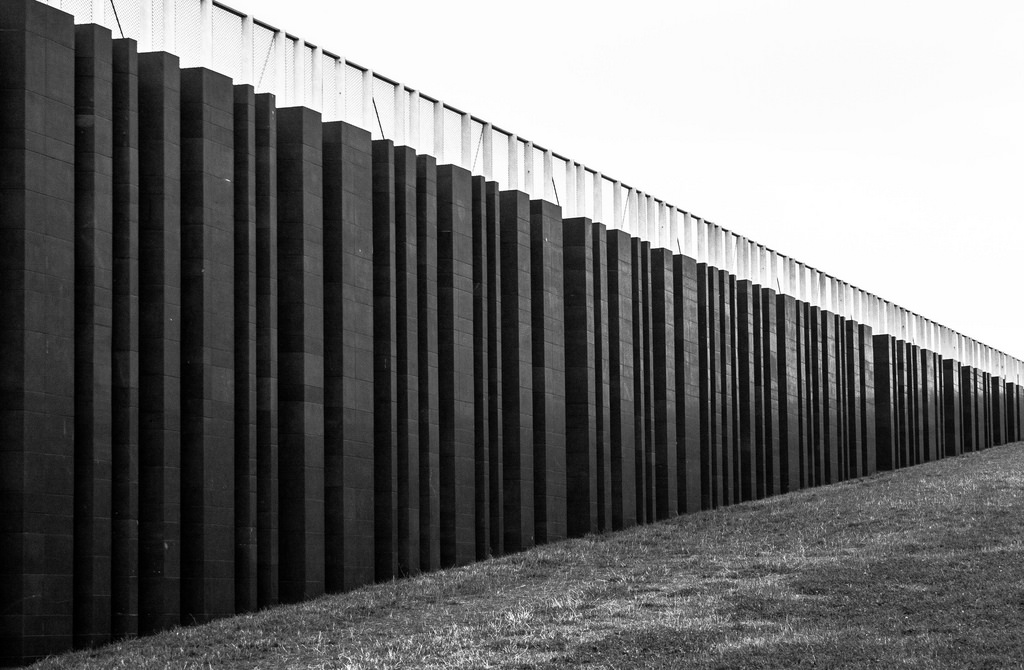 Click here to tell Congress to build the wall now!

A year late, Congress has finally approved the President’s supplemental request to begin construction of the southern border wall at $1.6 billion.

This would have paved the way for the full funding for the wall being included this year.

Unfortunately, it didn’t happen. Because Congress did not get started with the supplemental last year, the odds they were going to get to full funding for the wall for fiscal year 2018, that is, spending levels for Oct. 1, 2017 through Sept. 30, 2018, dropped markedly.

Now those who were warning of precisely this outcome have been vindicated.

This was a broken promise from the get-go. After the election, House Speaker Paul Ryan and Senate Majority Leader Mitch McConnell were promising $12 billion to $15 billion for the wall.

On Jan. 27, 2017, Ryan told the American people that, “This is something, [the wall], we want to get on right away. And so we do believe this is urgent. We believe this is one of the most important promises the President made running for office. It’s a promise he’s going to keep and it’s a promise we’re going to help him keep.”

Ryan added, “We anticipate a supplemental coming from the administration on defense and the border” and “I’m hoping in the first quarter we can get this done. But again, it’s getting [Mick Mulvaney confirmed as Office of Management and Budget Director and] up and running so they can send us the supplemental.”

Mulvaney was confirmed on Feb. 16 and the supplemental request was proposed on March 14 by Mulvaney and then formally put in on March 16 by President Trump to Speaker Ryan. So far, so good.

Unfortunately for the President and his supporters, by March 30, Ryan had kicked the can down the road, telling CBS News, “The big chunk of money for the wall really is… next fiscal year’s appropriations because they literally can’t start construction even this quickly.” So, the wall, which Ryan had described as “urgent” was now being put off at least a year.

But then that was wrong, too. Instead, the spending bill Congress approved this week only includes the supplemental that was supposed to pass last year. The down payment includes bollard fencing and some levees and some secondary fencing, plus replacing some existing fencing. No concrete walls like the prototypes the President was surveying earlier this month.

Meaning, not only is the wall part of the wall still not fully funded, it’s not even been begun. To be fair, the supplemental request last year was always going to be that fencing. It was thought that the wall portion would be passed this year. That was Congress’ failure.

It was not for a lack of opportunities. Both the supplemental and the fully funded wall could have been included in the September 2017 continuing resolution. Didn’t happen.

Or they have been included in the December 2017 continuing resolution. Didn’t happen.

See a pattern? Because Congress waited a year to approve the President’s initial down payment on the wall, the American people are still waiting for the “big chunk of money for the wall” Ryan promised a year ago.

Now, there are one, maybe two vehicles left to get the wall funded before the 2018 midterm Congressional elections. The fiscal year ends Sept. 30. So the full funding for the wall could be done there. But it doesn’t seem likely.

Where is the urgency Ryan spoke of? Are Republicans trying to lose the midterms?

Most likely, Congress will just pass a continuing resolution that would put funding into the lame duck period after the election but prior to the swearing in of the next Congress. Assuming Republicans lose the midterms, what will the Democrats’ incentive be to allow funding for the wall then?

Meaning it’s do or die in September, which literally could be President Trump’s last chance to get the wall done. Why? Because come Jan. 2019, he might not be dealing with a Speaker Ryan, but instead, a House Speaker Nancy Pelosi and perhaps even a Senate Majority Leader Chuck Schumer, both of whom are emphatically opposed to any southern border wall.

Optimists might say that Republicans could still get it all done in 2019, because they might not lose either house of Congress this year. Maybe. Unfortunately, the omnibus spending bill also failed to defund sanctuary cities. It did not expand funding for interior enforcement. It passed an expansion of the FBI’s criminal background database but did nothing to advance reciprocity and concealed carry. And it spends so much money it is possible we’ll see a $1 trillion budget deficit this year.

In addressing illegal immigration, protecting gun rights and the $20 trillion national debt, issues Republican voters deeply care about, the record in this Congress is less than stellar. This could make it difficult for Republicans to turn out their voters for the 2018 midterms, which are already tough enough for incumbent parties.

Now, Republicans are less likely to keep the House and Senate in November, making it far less likely that the wall will be ever fully funded. The GOP should be running scared right now. It’s their majorities that are at stake.

Trump could have avoided this by vetoing the bill. Earlier this morning, the President had issued a veto threat of the omnibus bill via Twitter, “I am considering a VETO of the Omnibus Spending Bill based on the fact that the 800,000 plus DACA recipients have been totally abandoned by the Democrats (not even mentioned in Bill) and the BORDER WALL, which is desperately needed for our National Defense, is not fully funded.” But in the end, Trump signed the bill, citing the need to fund the military first as overriding all other concerns.

What does all this mean? Headed into 2020, Trump could be coming back to voters empty-handed on his signature campaign promise of the southern border wall. There is still time to get it done by September, but in reality, the President has a rapidly diminishing window of opportunity to get the wall built. It may be now or never.