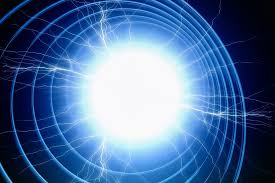 This battle is over, and it is time to move on to the next one, what to do with the $131 billion. Democrats will want to add the two-year increase in spending to the baseline budget, thereby making the increases permanent. Republicans must make sure that does not happen and if the money is going to be spent, instead appropriate the money to one-time non-baseline budget projects. The weakness of the U.S. electric grid is one such item, the perfect project to spend the money on.

The U.S. is a society wholly dependent on electricity to survive. Water is pumped into your homes by electricity. Vehicles may run on gas, but the gas gets to the vehicles via pump powered by electricity. The food in the local supermarket is kept cool, transported, and produced with electricity. Without it, tens of millions would die.

The U.S. electric grid is composed of three smaller grids, one east of the Rocky Mountains, one west of the Rocky Mountains, and one in Texas. Each of these grids is composed of three elements, power generation, power transmission, and power distribution. It is no secret there are weak points in the system. Congress even put out a report outlining what it believed was the most dangerous scenario in 2008.

As you can see, the process of getting electricity from the point of production to the end user would be impossible without HVTs, and the problem gets worse from there. Producing an HVT is a time consuming and expensive endeavor. The Department of Energy estimated it can take up to 20 months to make the larger HTVs, while costing millions. After it is produced, transporting the HVT is another adventure. The larger devices can weigh up to 400 tons and need specially designed rail cars to move via railroad. Once they are on the road, it can be even more challenging to move the house sized objects though cities to the substations.

The final problem with HVTs is they are made for specific locations in the electric grid. Because the electric grid is made up of hundreds of smaller utilities, within the three main grids, there is no uniformity. An HVT for a coal plant outside of Mobile, AL might not work for natural gas plant near Houston, TX. This hampers the ability to interchange parts during an emergency.

The HVTs are vulnerable to four types of attacks: