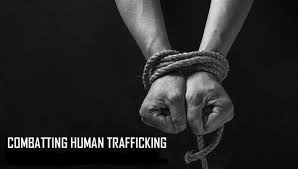 In a rare bipartisan push, the House of Representatives has voted to pass legislation making it more difficult for online users to engage in sex trafficking and empower victims to fight against web makers that facilitate inappropriate online content. However, this bill is no stranger to controversy and has sparked outrage from some lawmakers and technology companies. While this bill takes a necessary step in combating a growing problem, it also might create a few new ones.

The legislation H.R. 1865, or the Allow States and Victims to Fight Online Sex Trafficking Act of 2017, removes immunity from liability for online actors who “promote or facilitate the prostitution of another person… promotes or facilitates the prostitution of 5 or more persons; or acts in reckless disregard of the fact that such conduct contributed to sex trafficking”. Currently, the 1996 Communications Decency Act (CDA) protects websites from liability for material posted by third parties; this allows these websites to evade criminal and civil lawsuits.

Missouri Republican Ann Wagner introduced this legislation due to a Congressional investigation taking place against the website Backpage. The Senate report on the website concludes, “Backpage has maintained a practice of altering ads before publication by deleting words, phrases, and images indicative of criminality, including child sex trafficking… Backpage also knows that advertisers use its site extensively for child sex trafficking, but the company has often refused to act swiftly in response to complaints about particular underage users—preferring in some cases to interpret these complaints as the tactics of a competing escort.”

Representative Wagner called the issue of online sex trafficking a problem “hiding in plain sight” and hopes the act will empower victims and the legal system to take action against websites that facilitate this crime.

Although the legislation passed through the House on a 388-25 bipartisan vote, the Senate expects an entirely different obstacle.

As Evan Engstrom, leader of an Internet startup advocacy group named Engine that represents companies like Reddit and Pinterest, explains to NPR of Feb. 2018, the CDA was integral in protecting websites like YouTube, Facebook, and Yelp which would have otherwise been sued out of existence. As NPR reports, “Engstrom argues this could prove counterproductive. He says websites, especially small ones, might decide to not even know at all what happens on their platforms to avoid liability.”

The legislation broadly allows for litigation against any website that promotes or facilitates illegal prostitution or sex trafficking, which has raised concerns over widespread implementation and over litigation.

Conservative organizations faced similar questions regarding the limitations to the First Amendment this bill presents since it encourages companies to censor material that could produce liability. Americans for Limited Government President Rick Manning notes, “The implementation of this law could have the effect of encouraging Facebook or other internet entities to engage in a delete first, ask questions later policy to protect themselves from liability. Given Google’s hiring of the Southern Poverty Law Center to monitor YouTube content, it is not difficult to see how this good idea could turn into a disastrous result.”

As the Congressional investigation into Backpage suggests, online sex trafficking and criminal activity is a serious issue that must be addressed but discovering the best method to address the issue has proved challenging. While this legislation could empower victims to fight against pages which facilitate crime, it could also open a stream of litigation which redefines how our internet functions.