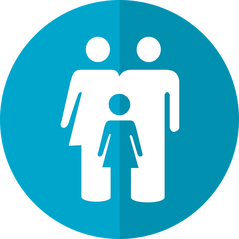 Assemblywomen Valerie Vainieri Huttle, Annette Quijano and Mila Jasey have sponsored a bill to regulate the new reproductive technology identified as “gestational carriers.”   Seemingly out of author Margaret Atwood’s cautionary story The Handmaid’s Tale, the New Jersey Assembly’s Women & Children Committee introduced bill (A-1704), entitled the New Jersey Gestational Carrier Agreement Act.  The Act would require written contracts between intended parent(s) and a woman who agrees to carry and give birth to a child for an infertile family.  Gestational carriers are different from surrogates because a “gestational carrier” is not genetically related to the child.  Reproductive technology has improved to such a degree that an embryo from one woman can be transferred into another woman’s body.

The law would require a gestational carrier to be at least 21 years of age and previously have given birth to at least one child of her own.  Additionally, these women must complete medical and psychological evaluations and retain their own attorney; however, the legal fees could be paid by the intended parents.

The legal procedure would begin after a gestational carrier becomes pregnant.  The intended parent(s) would file a complaint in Superior Court for an “Order of Parentage.”  A parent and child relationship established by gestational carrier agreement then becomes the basis for a Child Support Order.  Intended parent(s) would then be legally obligated to support the child.

The bill would take effect immediately upon enactment and apply to any gestational carrier agreements entered into on or after the effective date.